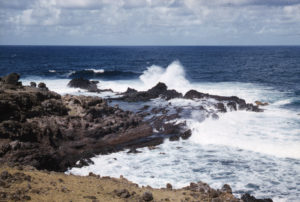 Thor Heyerdahl set out on a new expedition in 1955, this time to Easter Island. There were five archaeologists with him this time: Arne Skjølsvold from Norway, Gonzalo Figueroa from Chile, and Edwin N. Ferdon, William T. Mulloy and Carlyle S. Smith from the United States. 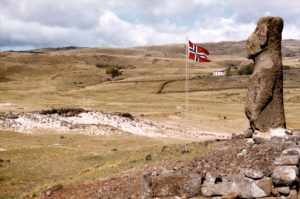 All along the coast of Easter Island, there are monolithic stone statues (“moai” in the local language). 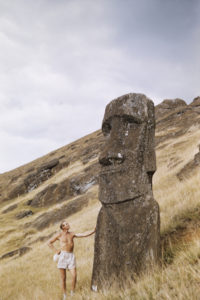 It was long believed that the statues at the island’s Rano Raraku quarry only consisted of heads. 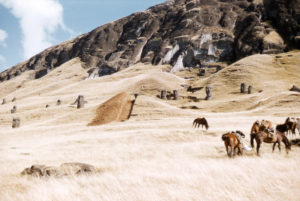 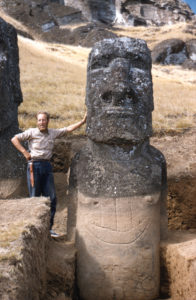 Heyerdahl and his research team excavated the statues and found, under the heads, that colossal torsos existed. 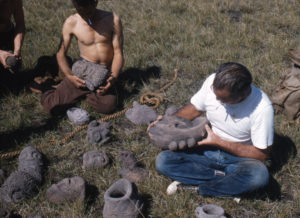 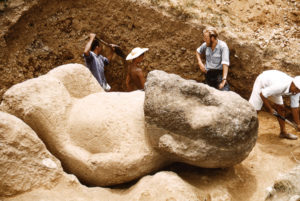 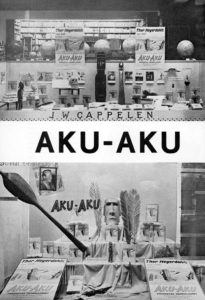 Heyerdahl’s book on the expedition Aku-Aku: The Secret of Easter Island, was published in English in 1958. As with Heyerdahl’s book about the voyage of Kon-Tiki, this book was also a best seller. Heyerdahl brought a photographer named Erling J. Schjerven along to document their work on film. He released a documentary, Aku-Aku, about the expedition in 1960, based on this material. 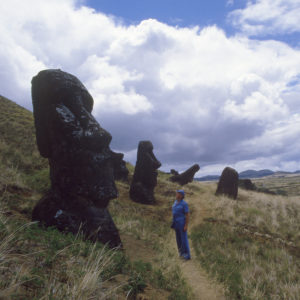 Heyerdahl returned to Easter Island in 1986. This expedition is best known for testing a local legend that the colossal statues had “walked” to their respective posts around the island. 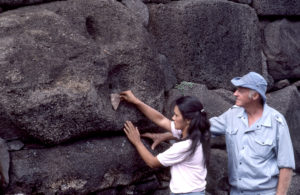 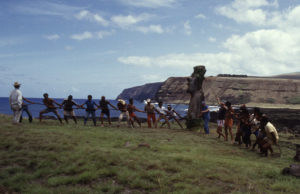 Heyerdahl was aided by the Czech engineer Pavel Pavel and a group of sixteen local residents in an attempt to move a standing moai by pulling it with ropes attached to the statue’s head and base. They managed to get the 15-ton statue to “walk” without much difficulty. Heyerdahl concluded that the mystery of how the statues had been transported was solved.