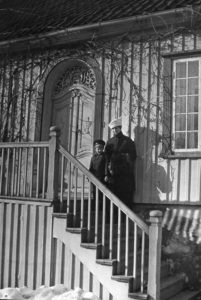 Thor Heyerdahl was born on 6 October 1914 in Larvik, a small coastal city south of Oslo, where he also spent his formative years. His father, also called Thor, was a brewer, and his mother, Alison, was the head of the Larvik regional museum association. It was Alison who inspired Thor’s life-long interest in animals and the natural sciences. At one point, he even had a zoological museum in his father’s old brewery. Thor was good at drawing, and by the age of eight he was drawing imaginative pictures of South Sea islands and had resolved to become an explorer when he grew up. 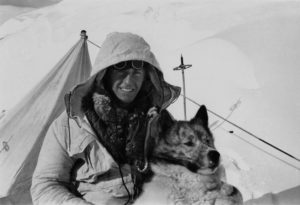 Thor Heyerdahl enjoyed cross-country skiing and long hikes in the wilderness. In his youth, there were many outings in the mountains of southern and central Norway where he learned how to survive on his own in nature. Later on, he and his friend Erik Hesselberg went on long treks together, exploring the Rondane and Jotunheimen mountain regions, camping under open skies – or in snow caves. Heyerdahl was always accompanied on these trips by his faithful Greenland husky, Kazan. 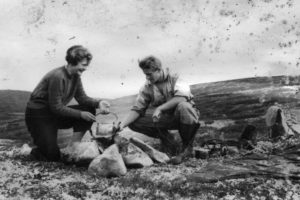 In 1933 Thor Heyerdahl met Liv Coucheron Torp. She was two years younger than he. As sweethearts they spent much time together outdoors, hiking and camping. 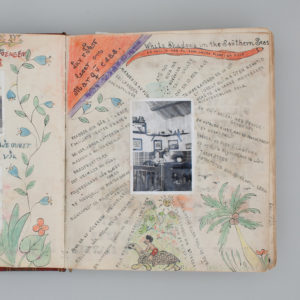 Thor asked Liv if she would accompany him on a trip to an island in the South Pacific. He wanted to escape Western civilization and return to nature, surviving only on what nature would provide, like many islanders of the South Pacific. It was not difficult to convince Liv to join him. They decided to head for Fatu Hiva, one of the Marquesas Islands in French Polynesia.

They decided to head for Fatu Hiva, one of the Marquesas Islands in French Polynesia. They married on Christmas Eve 1936 and set sail for Fatu Hiva the following day. Thor was 22 years old; Liv was 20. 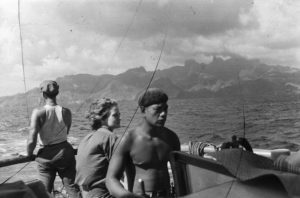 They stopped at Tahiti on their way to Fatu Hiva. They met the local chieftain of Tahiti, Teriieroo, who gave counsel to the young couple. 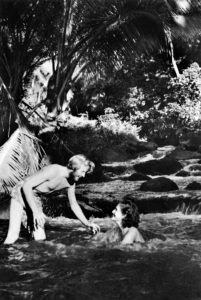 Thor and Liv in Paradise 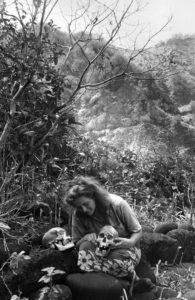 Thor collected local snails and insects during their storybook stay on Fatu Hiva, on advice from Professor Kristine Bonnevie at the Zoological Museum in Oslo. The material he collected could form the basis for a doctoral thesis. 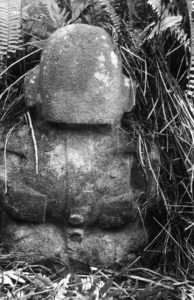 Thor and Liv began to take an interest in local stories about where Fatu Hiva’s forefathers had come from. They had already heard the prevailing anthropological theories that all of Polynesia had been populated by people from East Asia. Heyerdahl’s theory that indigenous South American peoples were the first to populate Polynesia took shape after he and Liv made several interesting discoveries on Fatu Hiva and the neighboring island of Hiva Oa. 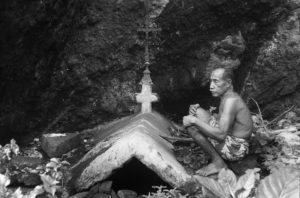 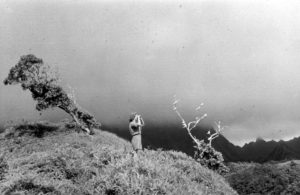 One day, Liv said she found it remarkable that the waves always seemed to hit the east coast of Fatu Hiva. She and Thor began to put the pieces of the puzzle together and speculate: Could the Pre-Columbian cultures of South America have populated Polynesia by sailing the winds and currents across the Pacific?

Experts in the field did not believe the Indians had boats that could reach that far across the Pacific, but Thor was not convinced. His famous scientific theory began to take shape. 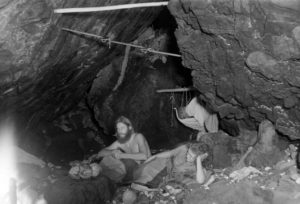 Thor and Liv returned to Norway a year later. Austere living conditions and problems with the native residents led to their decision to return to Norway, well aware that “paradise on earth” is an illusion. 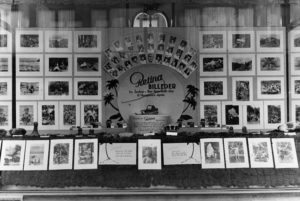