Thor Heyerdahl’s Research Foundation is the library, archives and research department of the Kon-Tiki Museum.

Our library, photo- and document archive, and collections is open to students and researchers. Explore the Thor Heyerdahl Archive, Archives and Collections, Publications, and our Research Blog.

In 1950, when Thor Heyerdahl donated the Kon-Tiki raft to the recently opened museum, he stipulated that any proceeds generated by the museum should be converted into grants for research in ethnology and geography.

The Kon-Tiki Museum launched its first archaeological investigations, following the suggestion of the Tenth Pacific Science Congress in Honolulu in 1961, on Hiva Oa in the Marquesas Islands. The archaeological survey and excavations was a collaboration between The Kon-Tiki Museum, Museum of Anthropology of Kansas University, and the B.P. Bishop Museum. 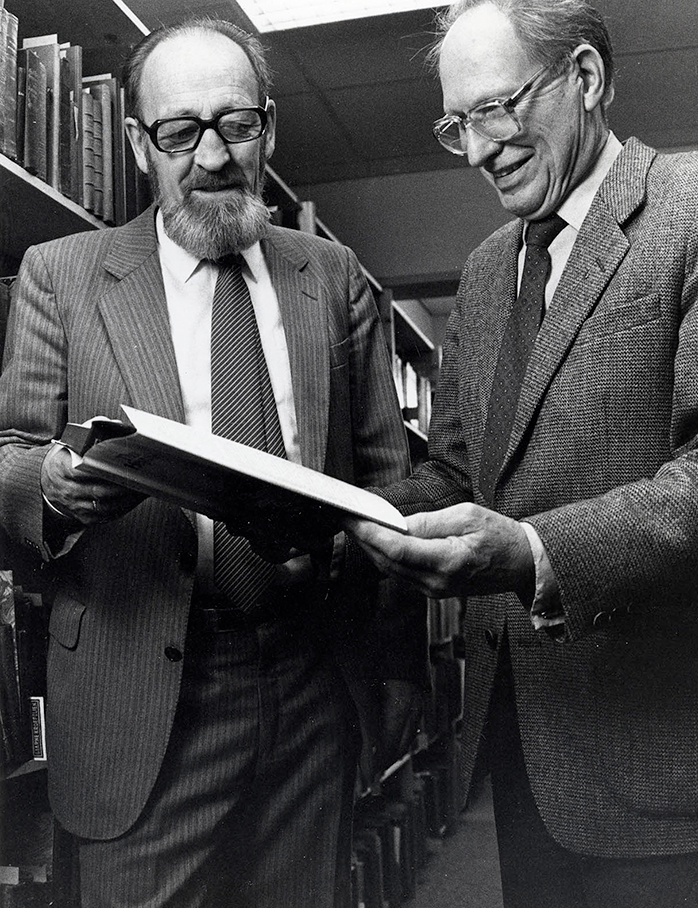 Paul Wallin, archaeologist and head of the Kon-Tiki Museum research department from 1998-2000.

Ingjerd Hoëm, currently the chairwoman of the board was head of the research department from 2001 to 2007.

In 1985 Arne Skjølsvold, Heyerdahl’s long-time collaborator, was hired by the museum to build-up the Institute of Pacific Archaeology and Cultural History. The following year, Skjølsvold launched the archaeological investigation in Anakena, Easter Island, from 1986-88. The museum also supported long-time archaeological excavations in Tucume from 1988-92.

In the 1990s and 2000s, the Kon-Tiki Museum also supported linguistic and anthropological research in Western Polynesia. The museum also continued to launch archaeological fieldwork on Easter Island, Christmas Island, and the Galapagos.

Ingjerd Hoëm, the head of the Institute of Pacific Archaeology and Cultural History, launched a cross-disciplinary research project in collaboration with the University of Oslo, in 2001 to 2008 termed Identity Matters. Movements and Place.  In 2009, the museum changed the name of its research department to Thor Heyerdahl’s Research Foundation. At the same time, a new policy increasing support for research done outside the museum came into effect.

The Kon-Tiki Museum have since 1963 funded and organized a number of research projects, mainly archaeological field-work, on islands in the Pacific, in the Maldive Islands, and in Peru.

Below you may read about these projects and their findings. More projects will be added occasionally.

The Kon-Tiki Museum, Thor Heyerdahl’s Research Foundation, give out grants to research done on maritime experimental archaeology and cultural history. Usually, the amounts awarded are between US$ 4-15.000. In total more than NOK 12 mill. have been awarded to researchers, or c. 22 mill. adjusted.

Applications can be sent at any time, to by e-mail, and after review, the application is brought before the museum board of directors.

An application should contain an application, a CV, a short projects description, and a budget. Regarding archaeological fieldwork projects, the applicant must show that all necessary permits are obtained. The museum will demand copies of all publications and reports generated by the projects, and access to data obtained based on agreements with each individual project.

A list of awarded grants can be downloaded here.