The archive and library of the Kon-Tiki Museum holds a number of document archives, book and photography collections, in addition to artefacts and archaeological samples from Thor Heyerdahl and the museum’s own field-work.

Bengt Emmerik Danielsson (06.07. 1921 – 04.07. 1997), was a Swedish born anthropologist, writer, political activist, and adventurer. In 1947, he joined Thor Heyerdahl on the famous Kon-Tiki Expedition. Danielsson later settled in Papehue on Tahiti, where he spent more than thirty years. Here he also wrote most of his 26 books. The Bengt Danielsson archive consists of a library, an extensive document archive, and a photographic collection of more than 50.000 items. 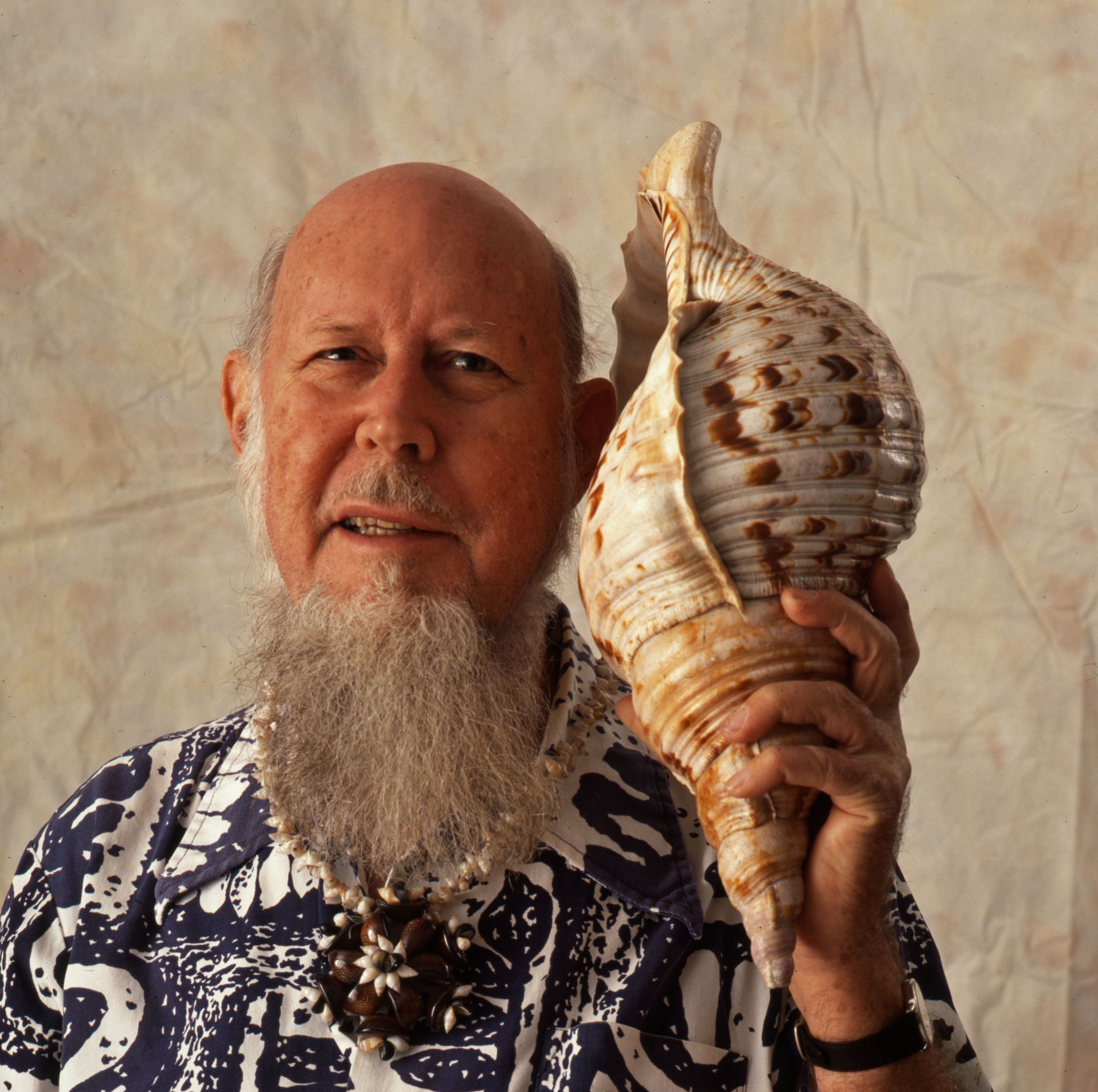 Edwin N. Ferdon was an archaeologist on Thor Heyerdahl’s archaeological expedition to Easter Island and the East Pacific in 1955-56. A specialist in Ecuadorian archaeology, Ferdon later wrote three books on historical observation of Polynesian island cultures.

A main part consists of the Polynesian Ethnohistory Project, which index historical observation of culture on various Polynesian Islands found in journals of early explorers. The archive also contains manuscripts, correspondence, photos, and field and research notes from his work in the Pacific. 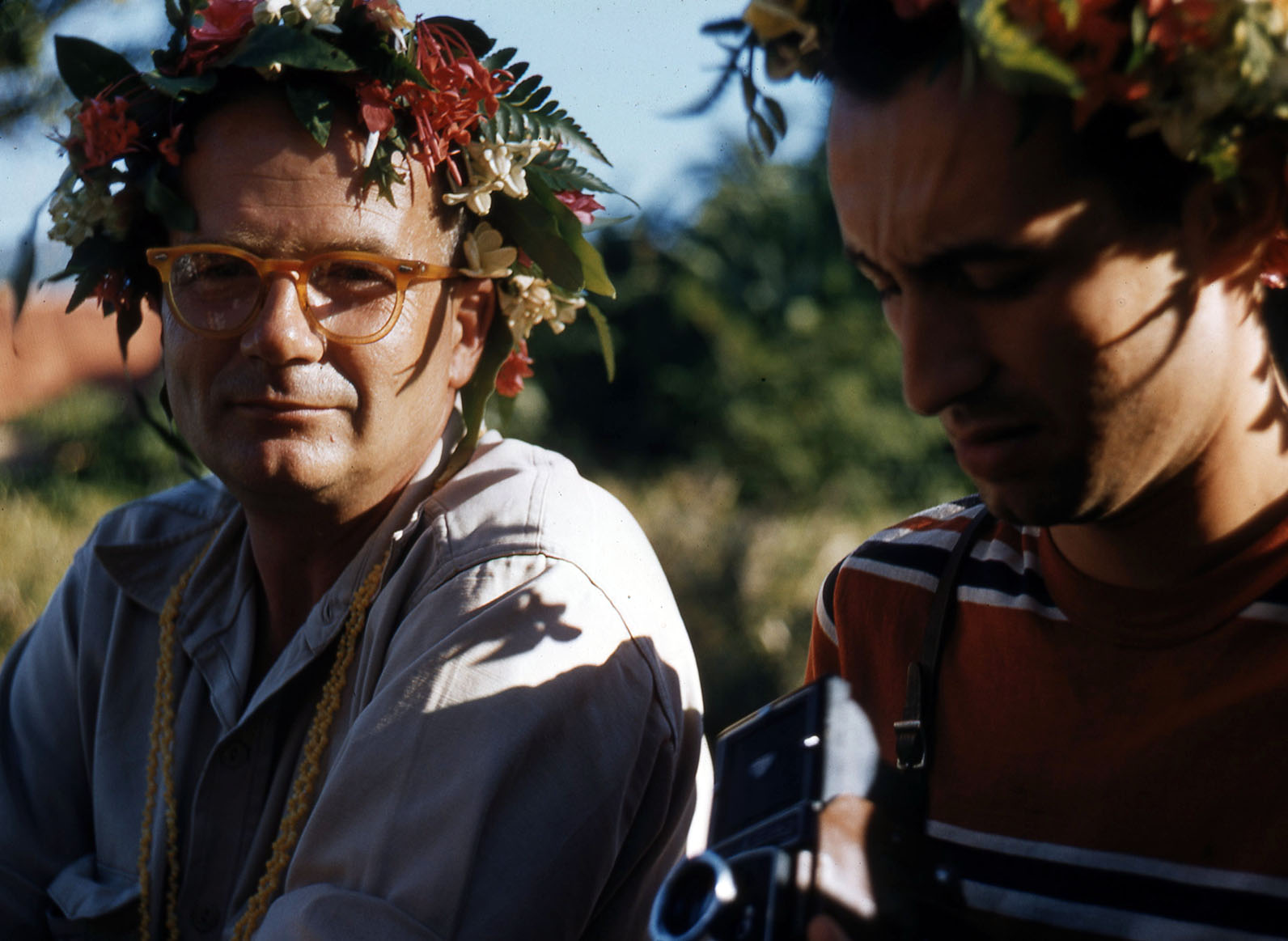 Knut Magne Haugland founded the Kon-Tiki Museum in 1950, and turned it into the most popular tourist attraction in Oslo. He was museum director from 1950 to 1990, when he became chairman of the board.

During World War II, Knut M. Haugland, served in the “Kompani Linge” and then in the Norwegian part of the SOE in Brittain. Haugland participated in the famous raid on the heavy-water plant in Rjukan, and was a decorated soldier. He served in the Norwegian Air Force until his retirement in 1983, the last twenty years as director for Norway’s Resistance Museum.

The archive sorted into 48 boxes contains letters, notes, and papers reflecting his dual interests in the Kon-Tiki Museum and his militay career. 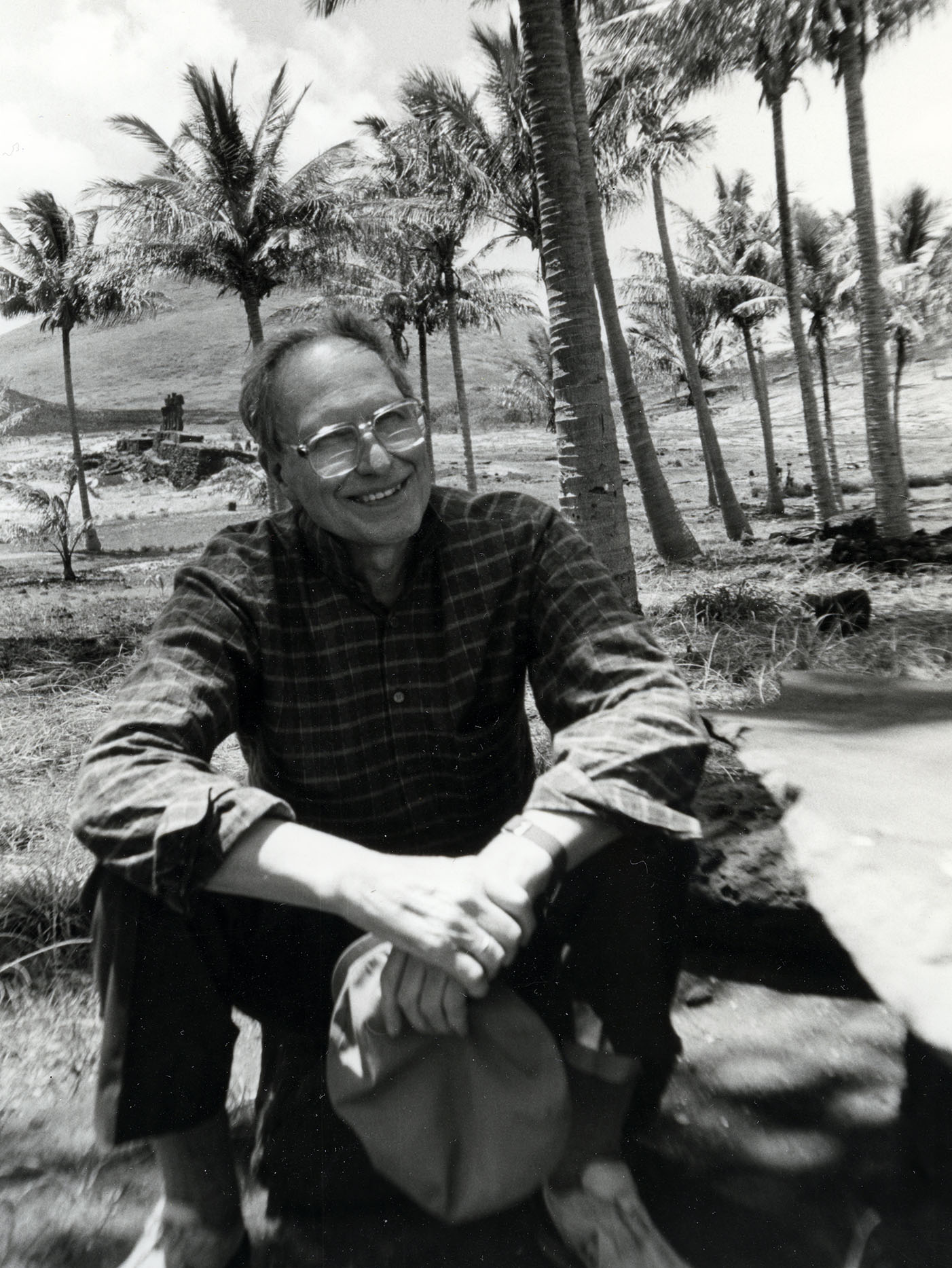 Bjarne Kroepelien, a young business man from Bergen, Norway, intended to go to South America in 1918, in order to build his resume, when he was lured on a trip to Tahiti, while in San Francisco.

In Tahiti, Kroepelien befriended Chief Teriieroo a Teriierooiterai, and settled for a time in the Papenoo Valley. During his stay, an outbreak of the Spanish flu plagued the island and among the dead was Kroepelien’s girlfriend Tuimata.

He returned to Oslo and in her memory, Kroepelien began to collect books on French Polynesia.

As a young student Thor Heyerdahl got his first knowledge of the Polynesian reading through these volumes. 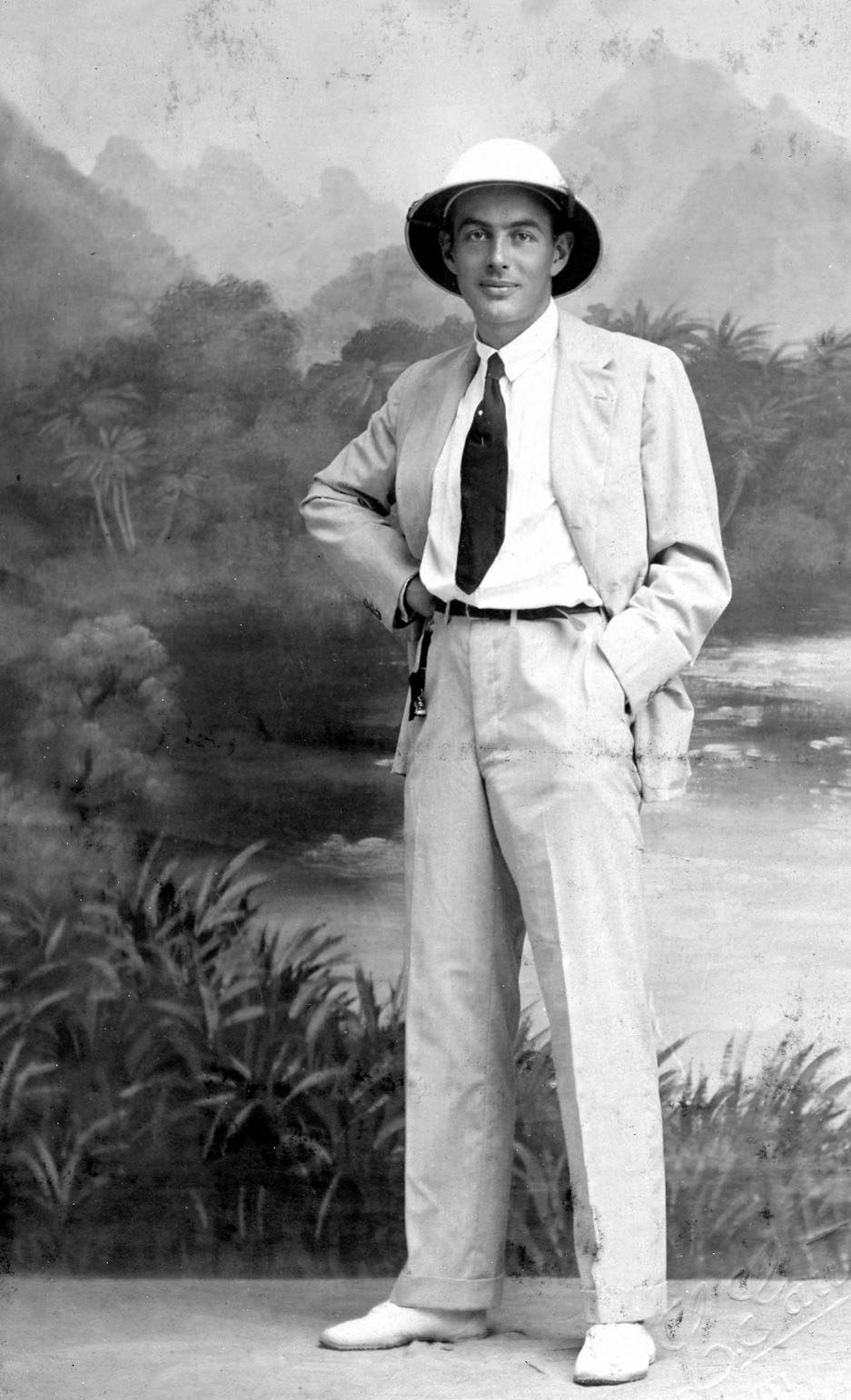 Bjarne Kroepelien photographed in a studio in Papaete during his stay there in 1918.

Catalogue of the Kroepelien collection

Kroepelien’s book collection developed into one of the largest and most valuable private book collection on French Polynesia for its time, consisting of c. 4.500 items. The Kroepelien Library is owned by Oslo University, but made available to researchers at the Kon-Tiki Museum. Thor Heyerdahl got access to this library, when he as a student of zoology at the University of Oslo, began planning his first expedition to Fatuhiva in the Marquesas group.

The most valuable print is a complete collection of Le Sourire, a newspaper published by Paul Gauguin on Tahiti in 1918-19. The original is secured in the rare-prints collection at Oslo University Library. 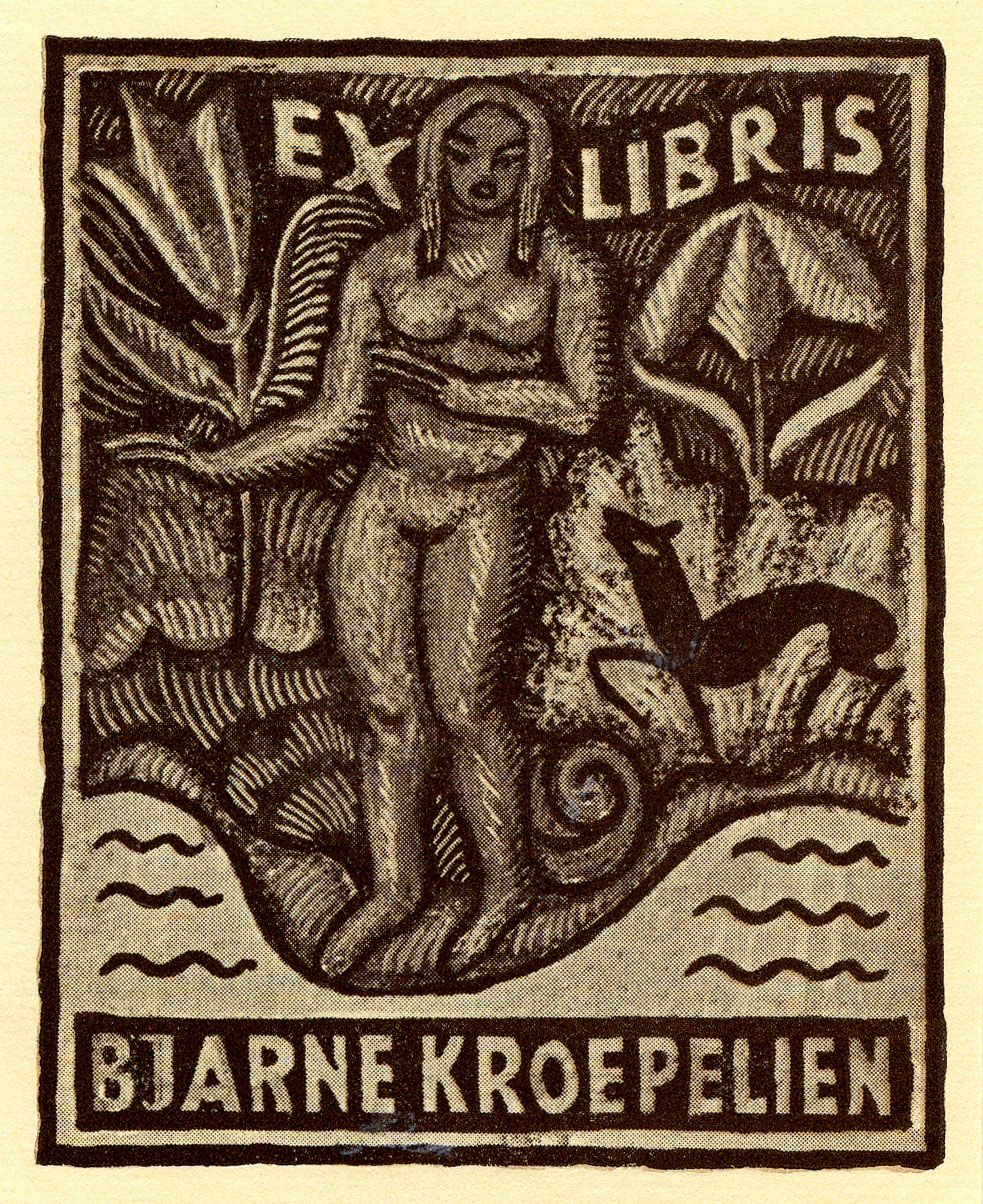