Have two Swedish archaeologist figured out how and when marae structures developed in East Polynesia? 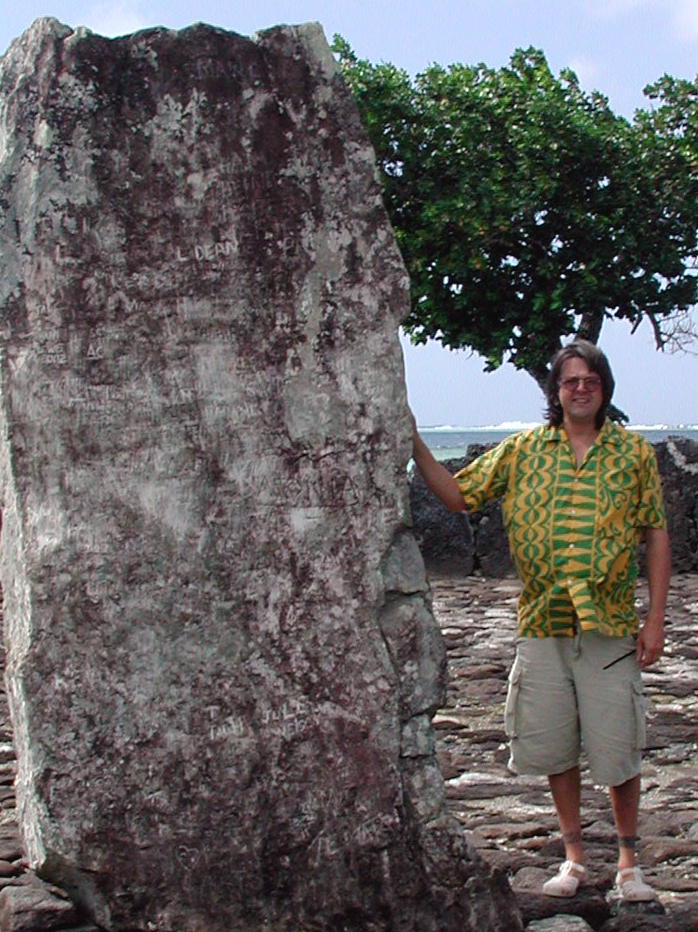 New research by two Swedish archeologists suggest that ritual space in East Polynesia was quite different before megalithic ahu/marae temple structures developed in the 13th century.

Have two Swedish archaeologist finally figured out how and when marae structures developed in East Polynesia? In a newly published article, Paul Wallin and Helene Martinsson-Wallin from Uppsala University, revisits their own excavation of a key site in Rapa Nui, the early settlement site of Anakena and Naunau East, excavated in 1987-88. Their paper is entitled:

The authors argue that early Polynesian ritual space was an area where various rituals took place, marked off from the settlement, perhaps with a stone-upright and some sacrificial towers, but without the later stone platforms that defines the marae and ahu after AD 1300. 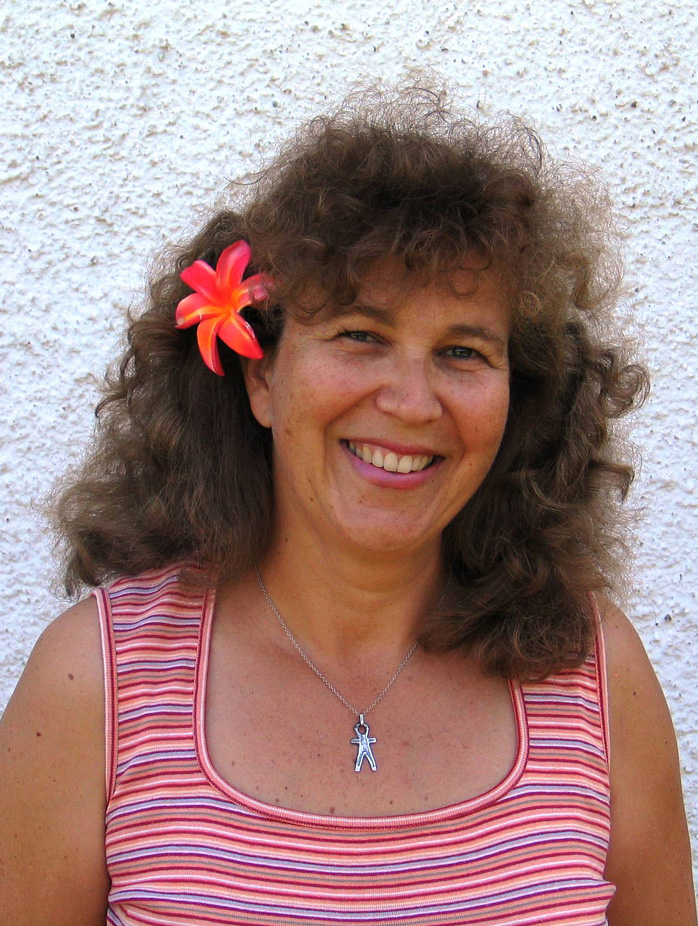 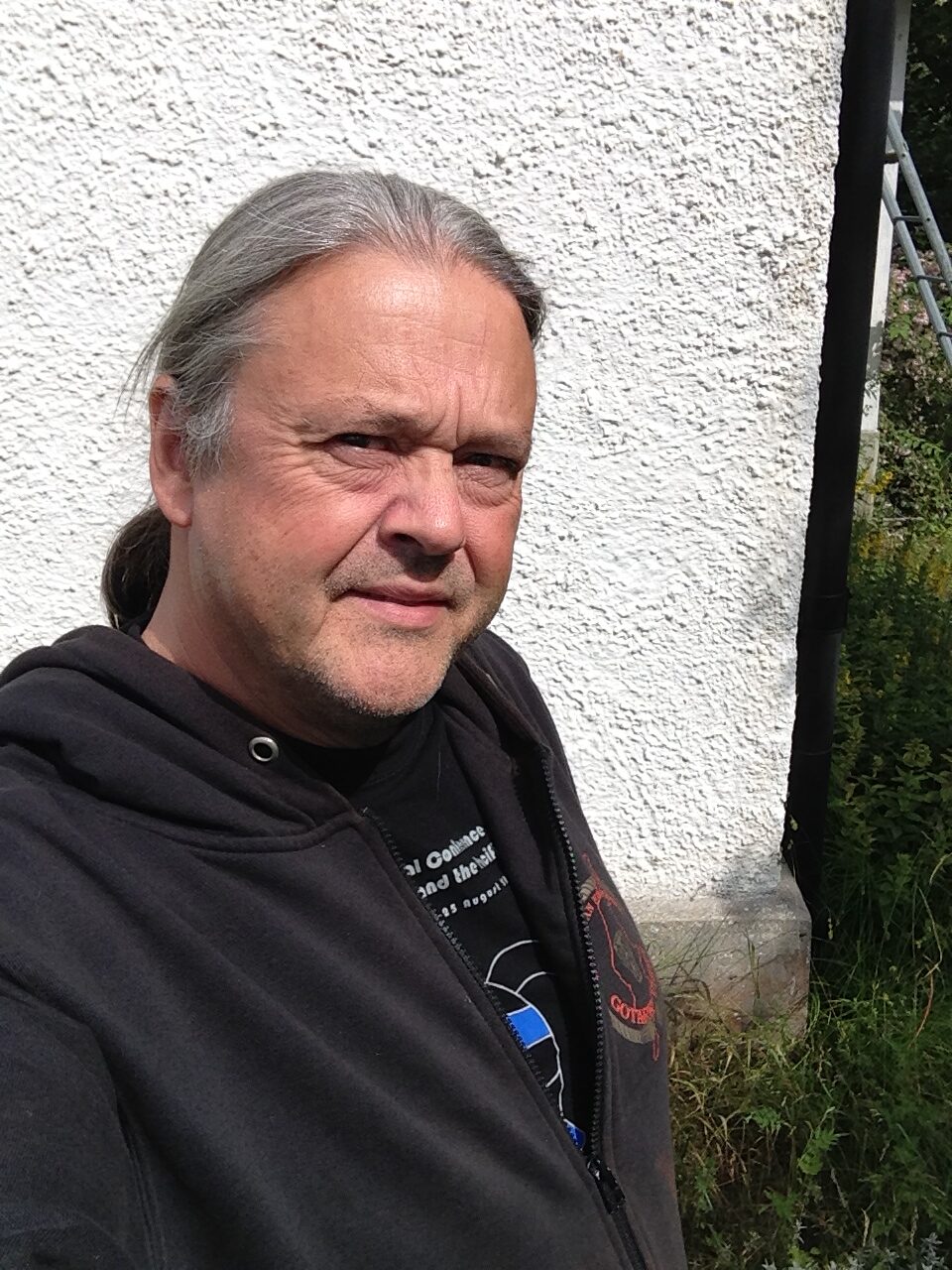 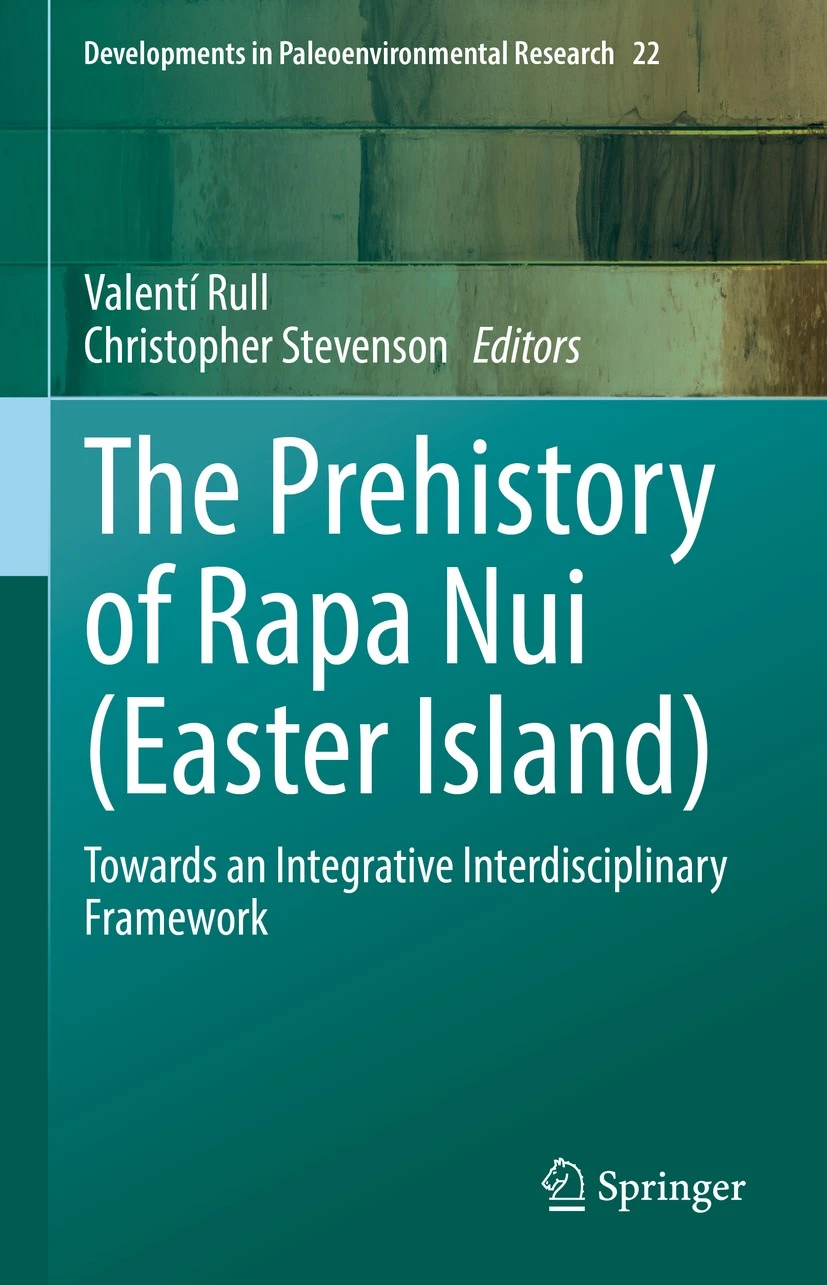 Paul Wallin and Helene Martinsson-Wallin's study is Chapter 6 of The Prehistory of Rapa Nui (Easter Island). Towards an Integrative Interdisciplinary Framework, edited by Valenti Rull and Christopher Stevenson, and recently published by Springer.

The impressive megalithic templestructures in Hawai’i, the Marquesas Islands, the Society Islands, and Rapa Nui, termed in the local languages marae, ahu, or heiau quickly became the research focus when professional archaeologist began working in East Polynesia in the 1910s and 1920s. It was believed that these temples, and the architectural sequences found within individual structures or between sites, could be the main foundations of a cultural chronology. A few researchers also speculated that they held the keys to the culture-area from which the Polynesians came.

Two different conceptions of the origin of these complexes developed amongst researchers. The first school believed that various concepts of ritual space had developed with Polynesian culture in the western islands, which emigrants brought with them to Central East Polynesia and then to the fringe islands of Polynesia: Hawai’i and Rapa Nui. The open gathering places, sometimes with an upright stone in the centre, in West Polynesia called malae, became the model from which the East Polynesian stone temples had developed. The plaza, where the rituals and dancing took place, became defined by stone walls or a stone-tiled platform. The central ritual focus, became an altar at one side, later growing to ever more larger platforms elevated above the plaza. This perspective necessitates that these stone temples developed first in Central East Polynesia, and then later was brought as a cultural-package to the outer islands of Hawai’i and Rapa Nui when these islands were discovered and settled. The second school saw the megalithic stone temples as a break with previous concepts of a religious space, first developed on the outer ends of the Polynesian triangle of Hawai’i or Rapa Nui, and then later this architectural design “diffused” to the Central East Polynesian Islands. In this perspective, ahu platforms on Rapa Nui and heiau complexes on Hawai’i should pre-date those in Central East Polynesia, i.e. the Society Islands.

It took many years before archaeologists began excavating ritual structures in an serious attempt at dating their initial construction. The first excavations took place on Rapa Nui and in the Marquesas Islands with The Norwegian Archaeological Expedition to Easter Island and the East Pacific in 1955-56. A few investigations were done in the Windward Society Islands by French researchers in the 1960s. In Hawai’i a comprehensive study and excavation of heiau complexes took place in the late 1980s.

The only exception to this general trend was work done on Rapa Nui, where reconstructions the famous ritual platforms, called ahu with the giant stone moai on top, were conducted from the mid-1960s onwards. 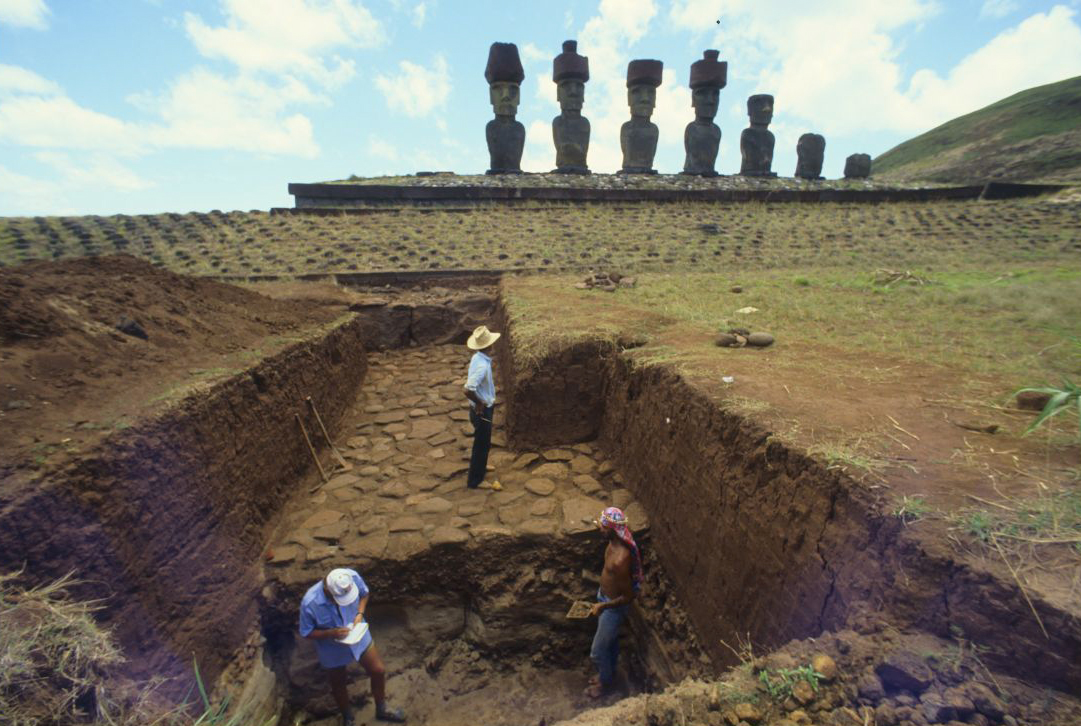 Thor Heyerdahl and the Kon-Tiki Museum returned to Rapa Nui in 1986-88 in order to look for early settlement sites, with Paul Wallin, Helene Martinsson-Wallin, and Sonia Haoa as key investigators. The project located and excavated what is to date the earliest settlement site on the island and also two earlier ahu structures underneath Naunau. An ahu of similar size and construction was found during the excavations preceeding the restoration of Ahu Tongariki in 1993-94.

In the late 1990s Helene Martinsson-Wallin and Paul Wallin initiated new investigations of ahu platforms on Rapa Nui for the specific purpose of building a better chronological framework. In 2001 Paul Wallin launched the project Local Developments and Regional Interactions: The Huahine Archaeological Project, a collaboration between the Kon-Tiki Museum, the Ethnographic Museum in Oslo, the Service de la Culture et du Patrimoine in Tahiti, and the Bernice P. Bishop Museum in Hawai’i. The aim of the project was to establisha chronological framework of the marae structures on Huahine, Leeward Island, and to control the wider context of the local project by redating charcoal from periovous investigation of marae in the Windward Islands. These projects deomonstrated that the ahu platforms on Rapa Nui had developed some time after AD 1300 and that the earliest date so far from Society Islands marae is around AD 1450, maybe later. 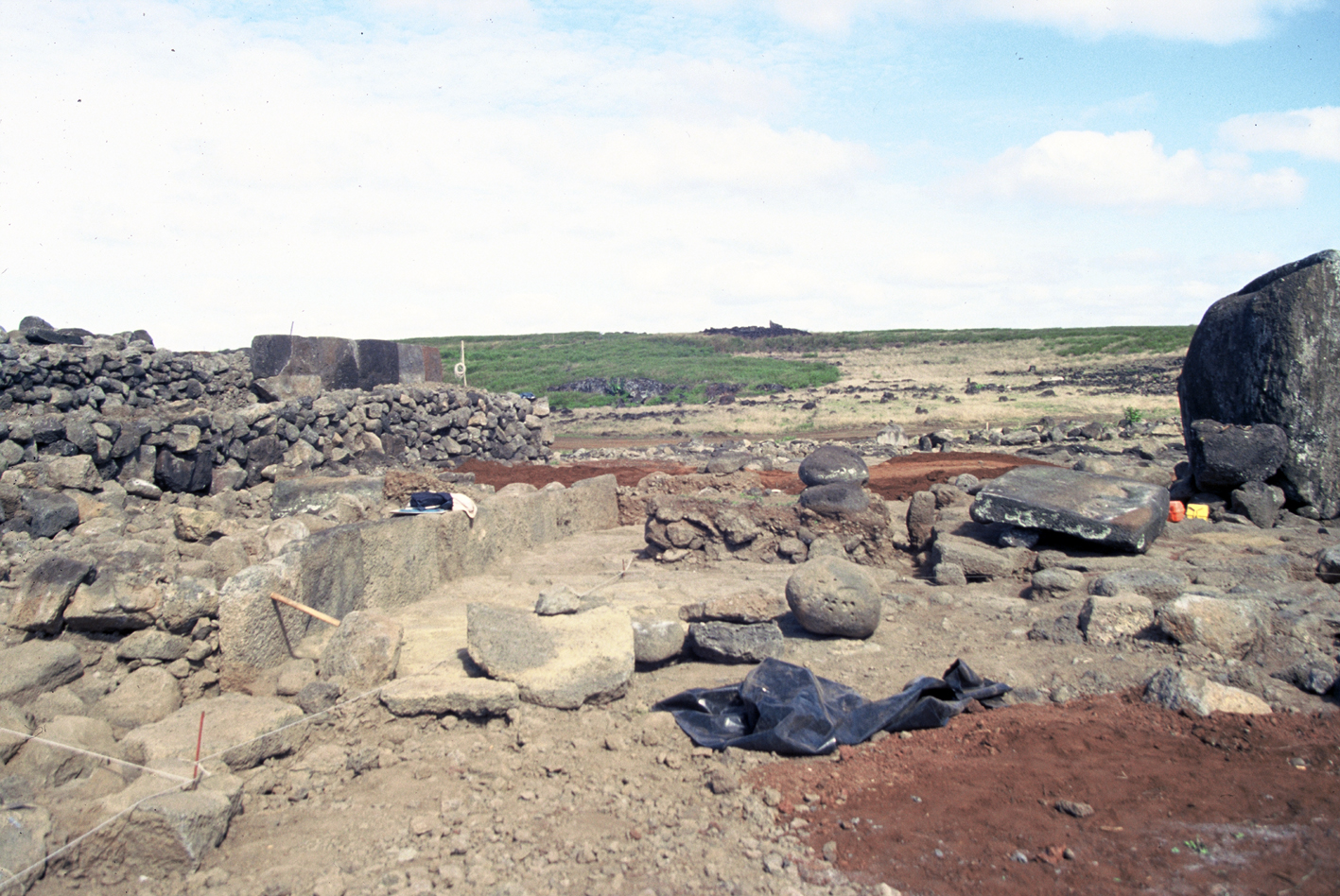 Photo of the first ahu on the Tongariki site, Rapa Nui, taken in 1993 (Photo: Reidar Solsvik). 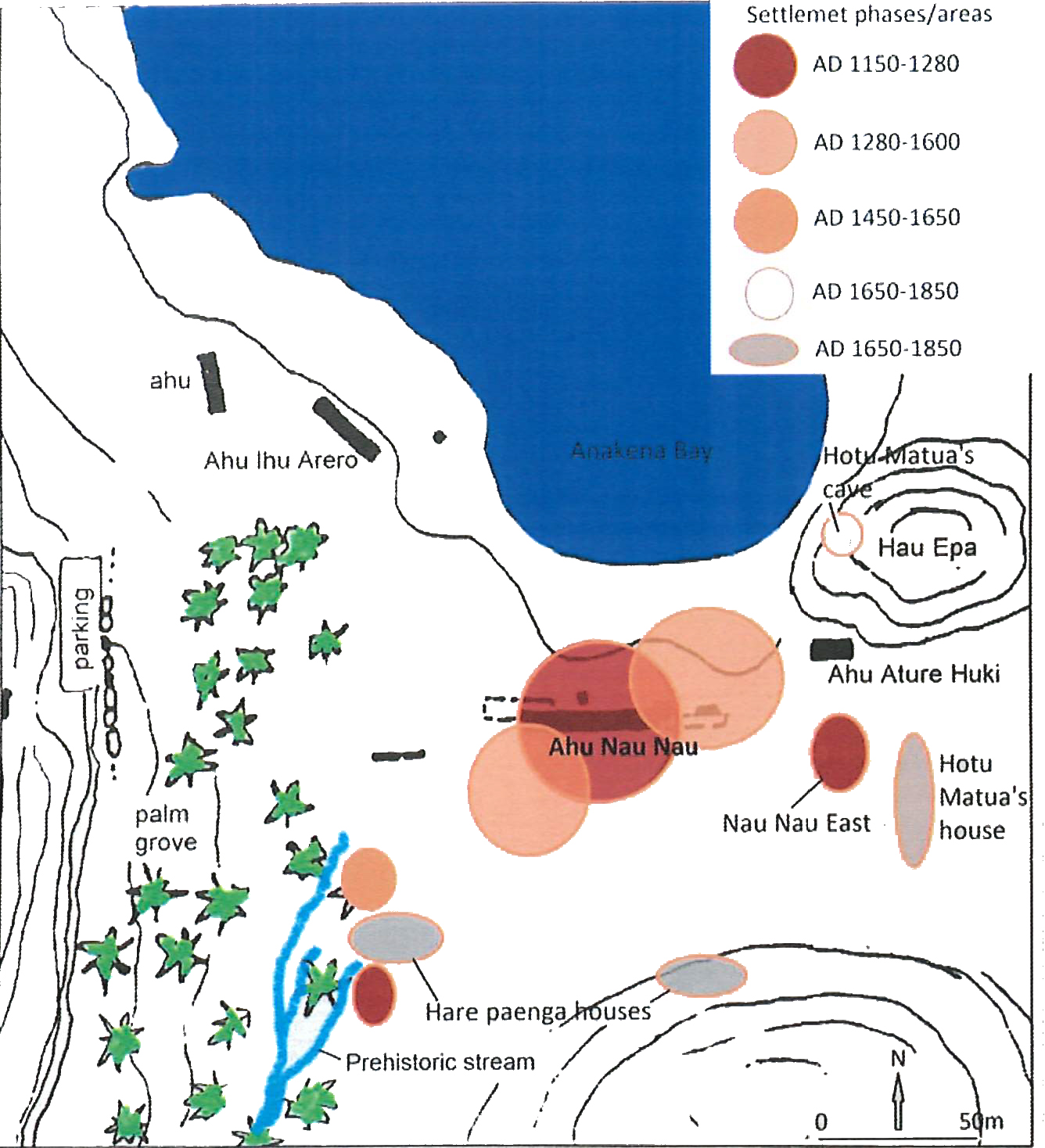 Archaeologists have argued that the initial settlement of Rapa Nui was around AD 1200, about 100 years prior to the first dated construction of an ahu platform. What then did ritual space for the earliest settlers look like? Paul Wallin and Helene Martinsson-Wallin suggest, through a reinterpretation of their excavation of the site Naunau East, Anakena, Rapa Nui, that early ritual space “were special places that incorporated natural landscape features and culturally shaped features with ritual connotations that varied in shape and function” (Wallin and Martinsson-Wallin 2022:134). “Based on archaeological research, it is likely that Polynesian early ritual space contained stone uprights, poles, planks, images, fires, burials, feasting, refuse pits and storage features. The traditional ahu/marae structure made up of stones developed later but the early features were continuously incorporated into the marae structures/concepts, when they became monumental in Central East Polynesia around AD 1400″ (Wallin and Martinsson-Wallin 2022:134). The authors compare their findings at Naunau East, Anakena, Rapa Nui, to similar finds at Norfolk by Atholl Andersson and the excavation of a coral-upright outside a round-ended house at Vaito’otia/Fa’ahia, Huahine, Society Islands, by Yosihiko H. Sinoto.

This hypothesis is indeed interesting and might have finally bridged the gap between the well know stone structures termed marae/ahu/heiau, and the preceeding Polynesian ritual concepts in a very tangible manner. A famous paper from 1970 by Kenneth P. Emory, the dean of marae studies in Polynesia, where he summarizes his investigations into the origin and development of Polynesian ritual space was titled A Re-examination of East Polynesian Marae. Many Marae Later. As a conclusion to Paul Wallin and Helene Martinsson-Wallin’s paper Anakena Revisited: New Perspectives on Old Problems at Anakena, Rapa Nui we may say: No more marae. 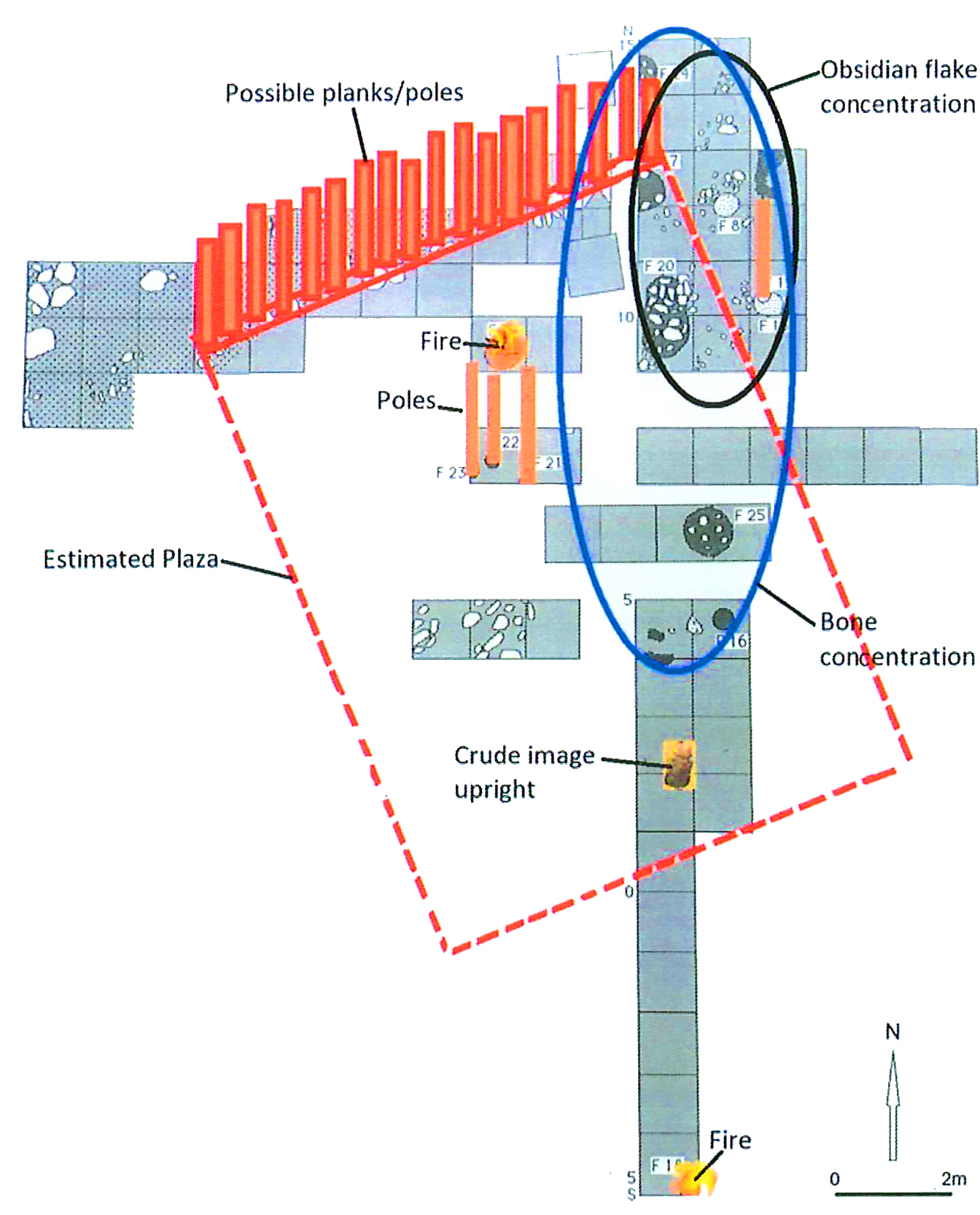 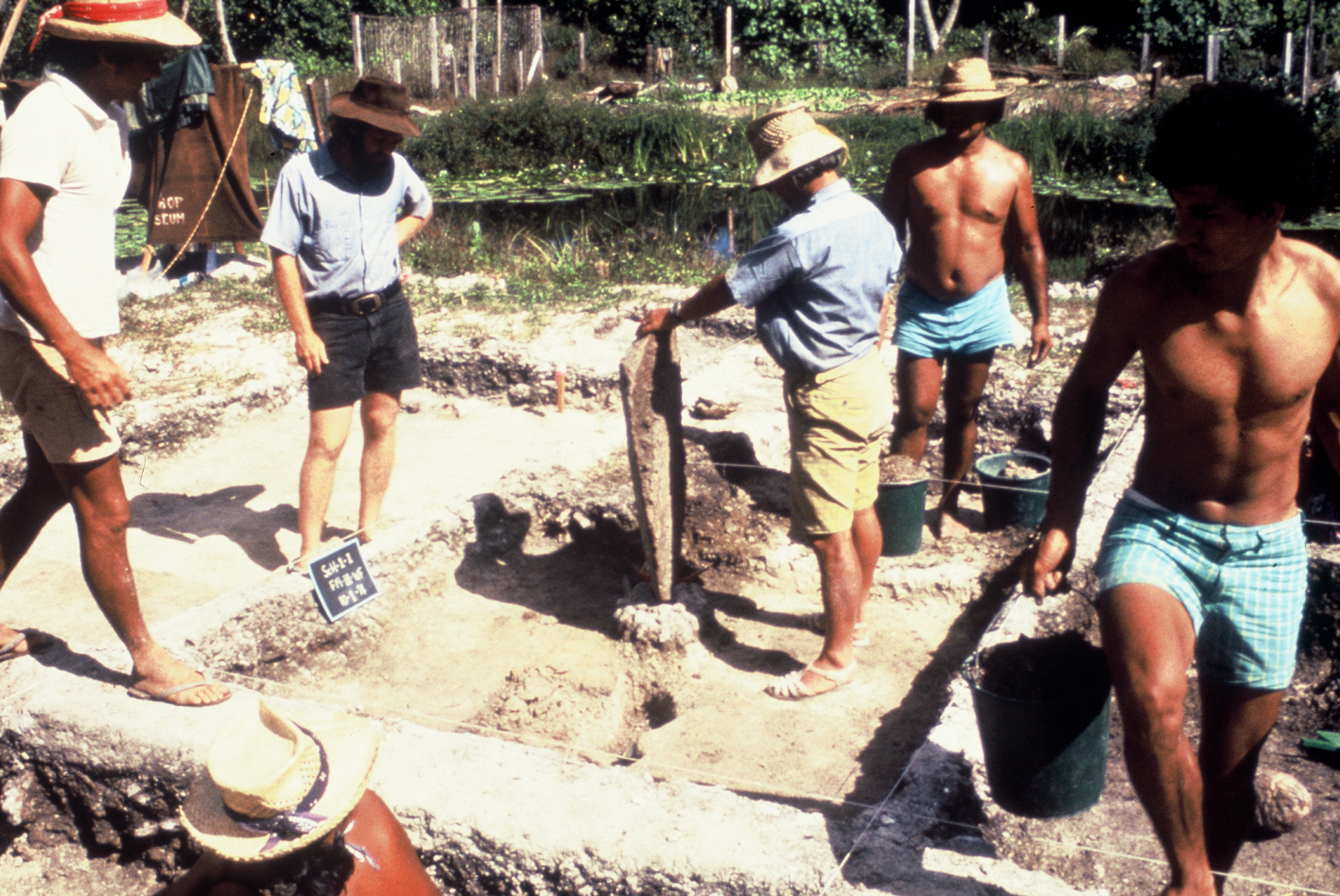 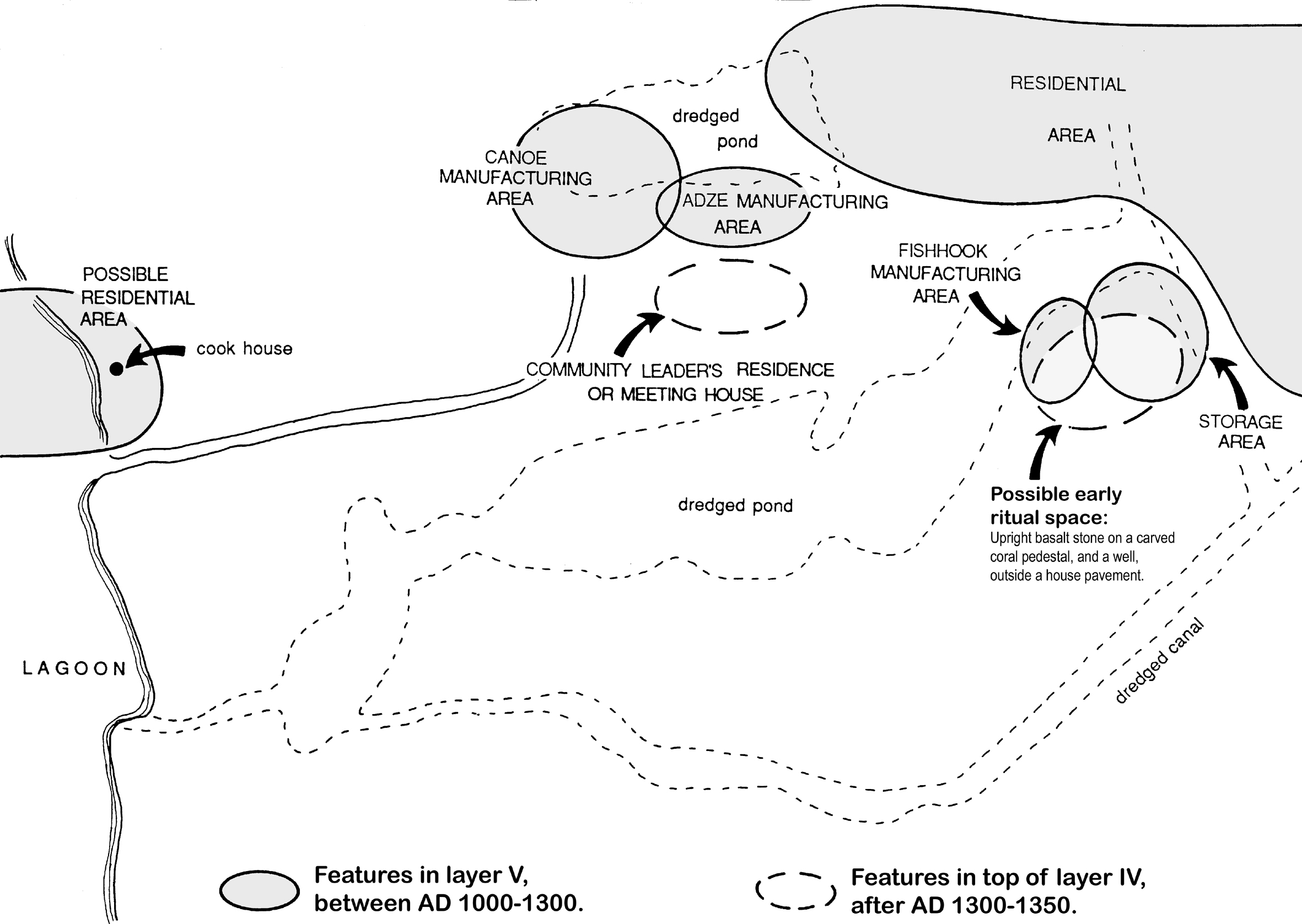 The recent article about ritual space on Rapa Nui is a product of many years of research on Polynesian ritual spaces, including fieldwork on four island groups, beginning in the mid 1980s. Paul Wallin and Helene Martinsson-Wallin was, together with Sonia Haoa, key investigators during excavations around Ahu Naunau at Anakena, Rapa Nui, in 1986-88. A study of the ceremonial stone structures of Rapa Nui was the topic for Helene Martinsson-Wallin Ph.D. in 1994, and Paul Wallin’s Ph.D. thesis was a similar study of the marae-complex in the Society Islands in 1993. During the late 1990s and early 2000s they undertook archaeological excavations on Rapa Nui, on Christmas Island, and on Huahine, before expanding westward to the Kingdom of Western Samoa. Some of their field-reports from excavations on Easter Island and on Huahine, Society Islands, can be found here, under the heading The Kon-Tiki Museum Fieldwork and Archival Series. See below for a mention of their key publications. 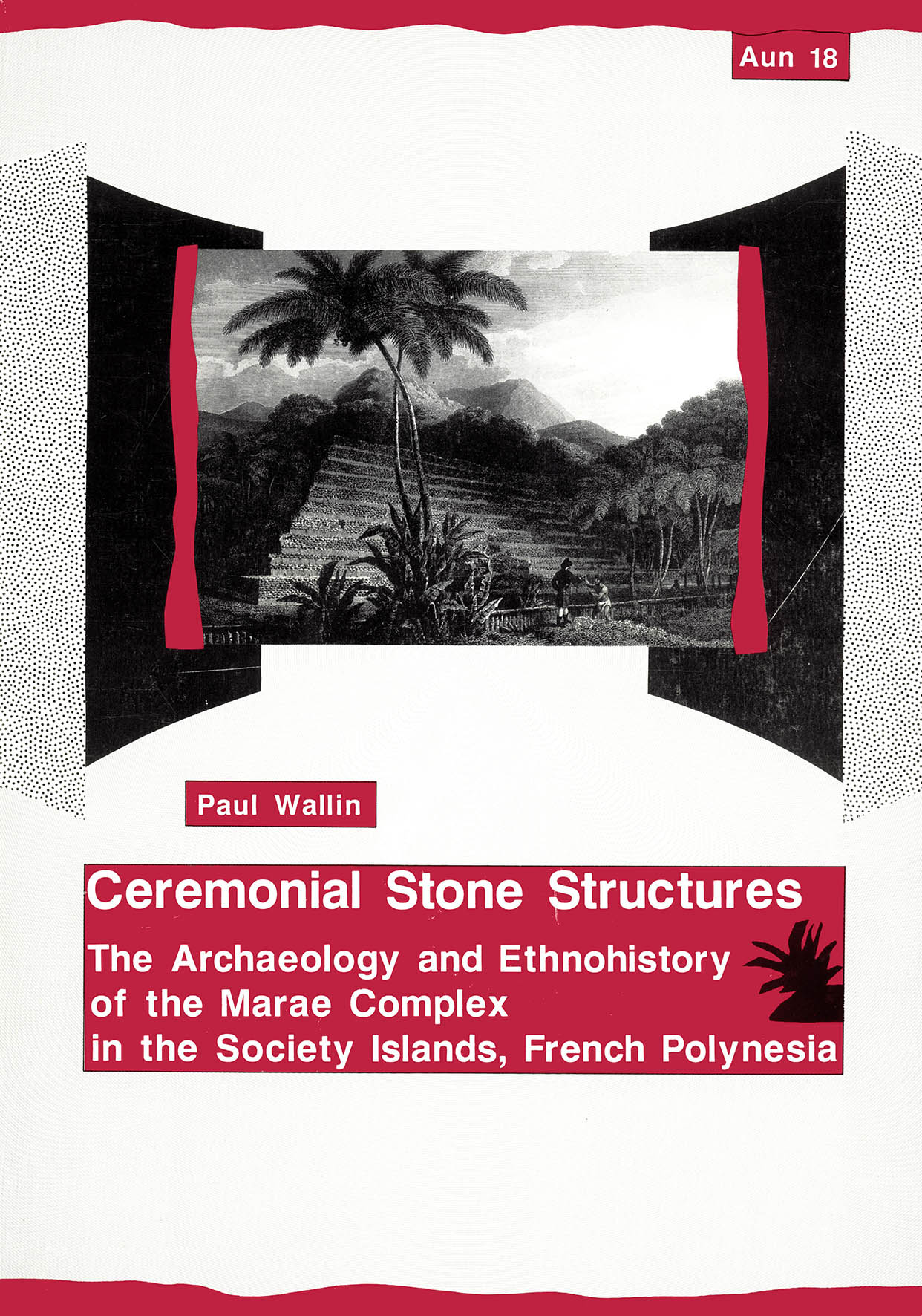 Ceremonial Stone Structures. The Archaeology and Ethnohistory of the Marae Complex in the Society Islands, French Polynesia by Paul Wallin, 1993. AUN 18. 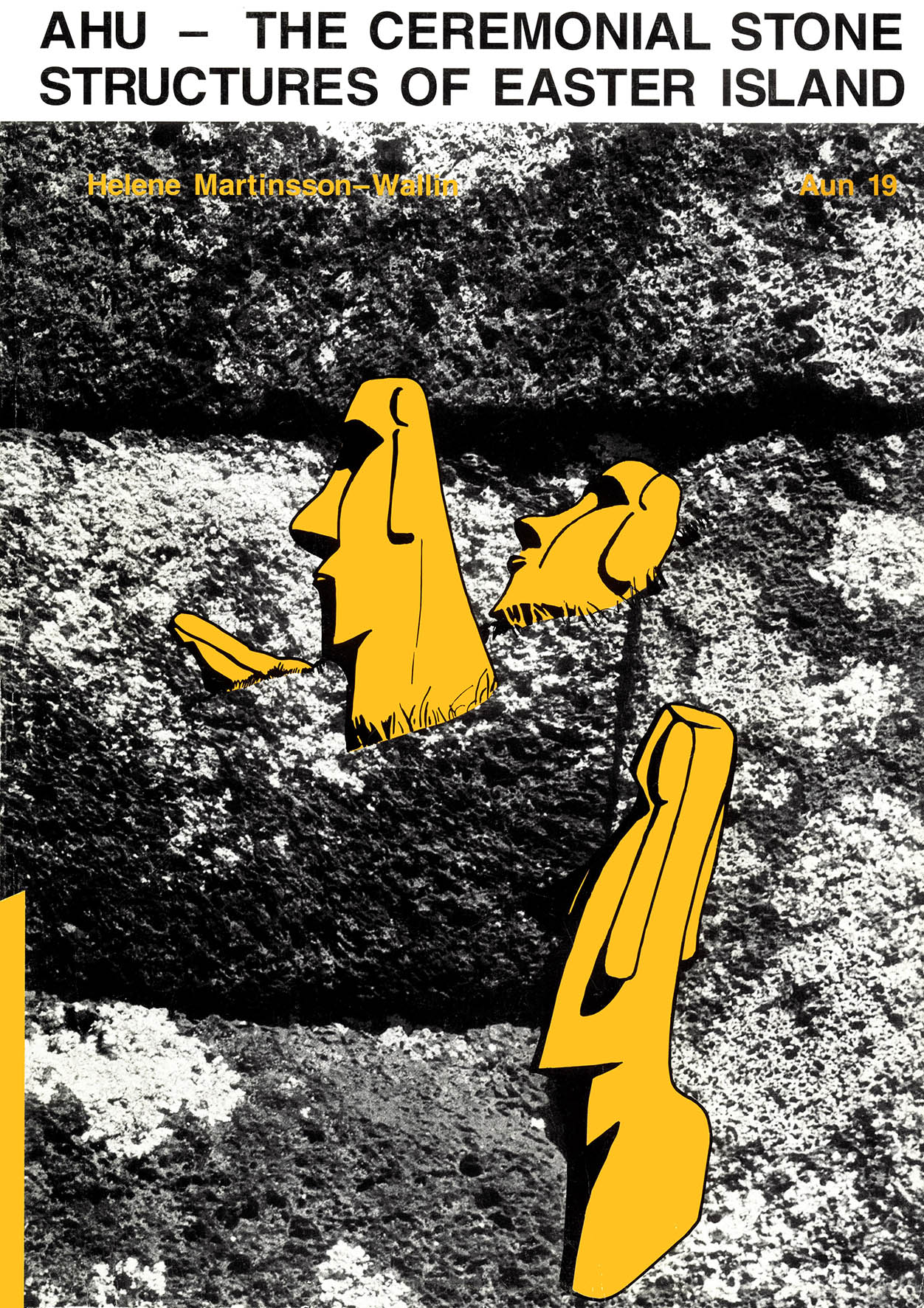 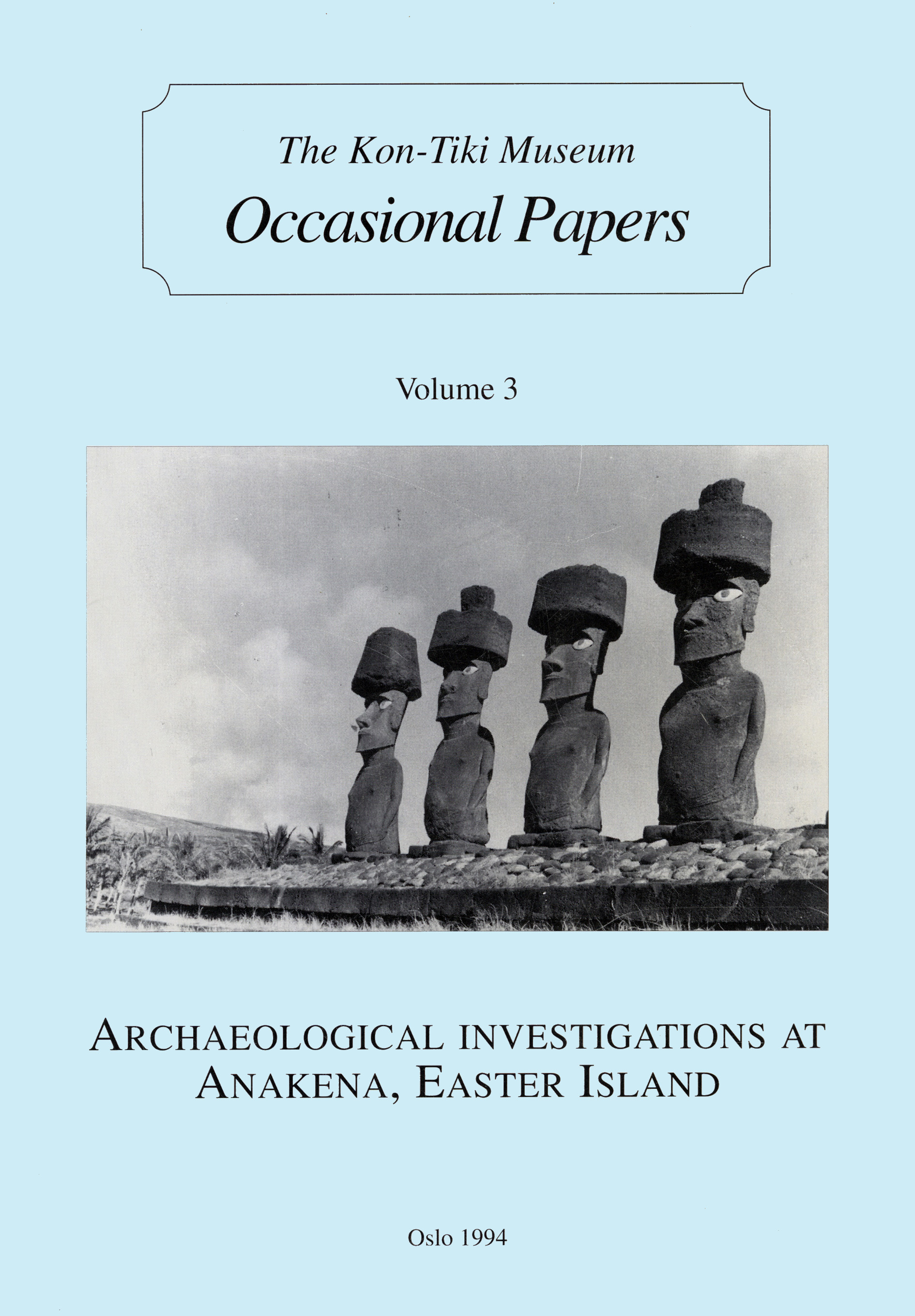 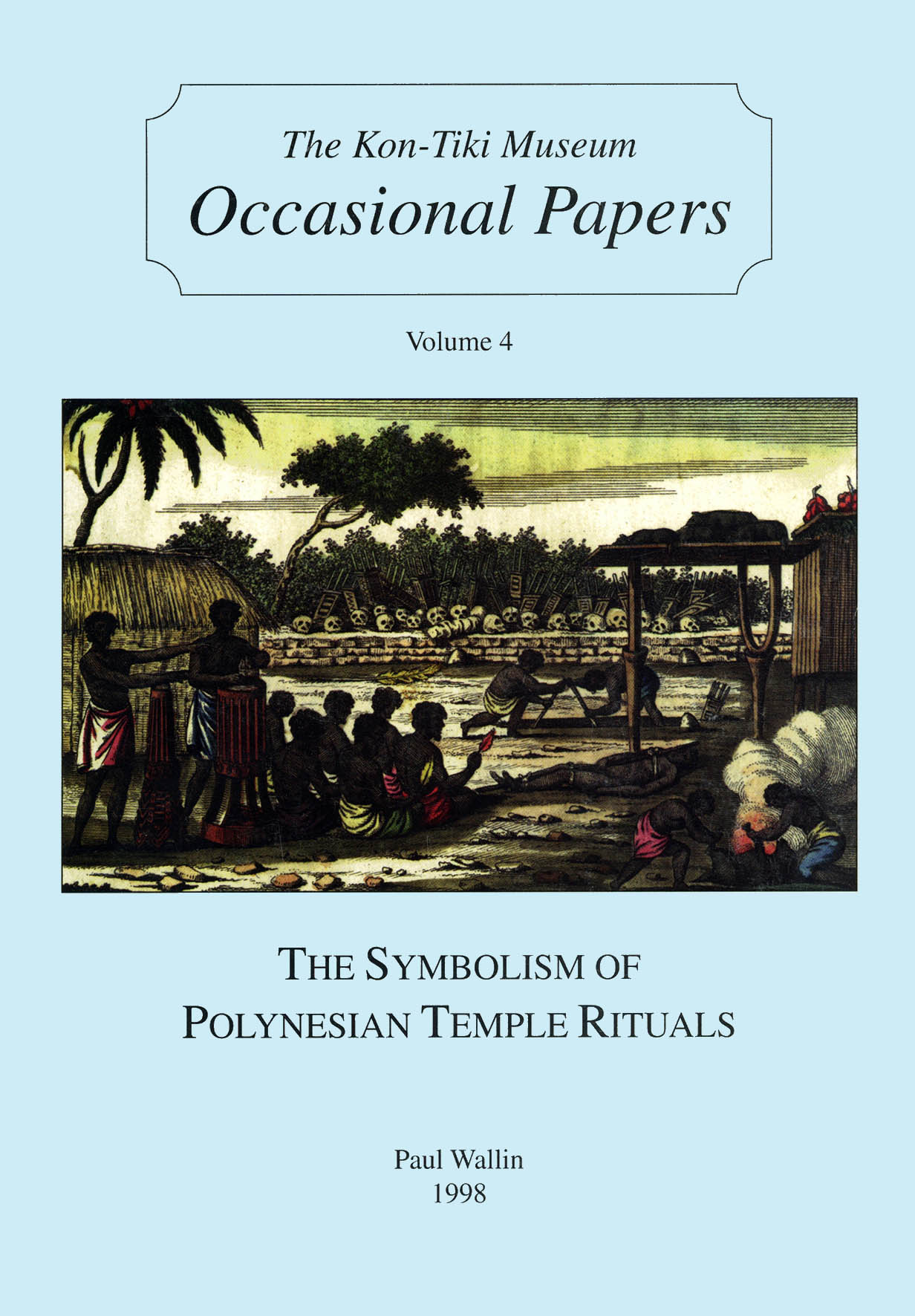 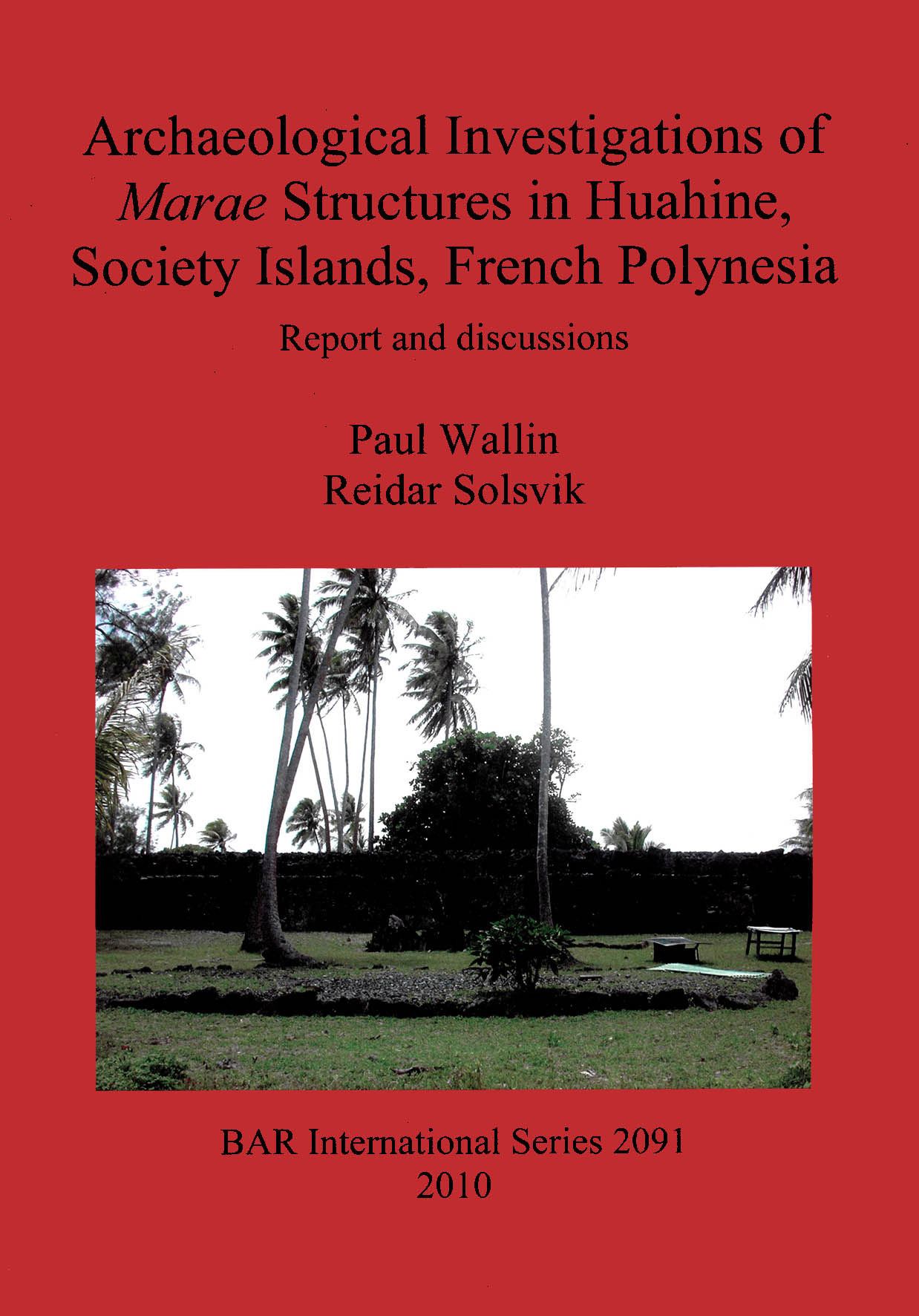 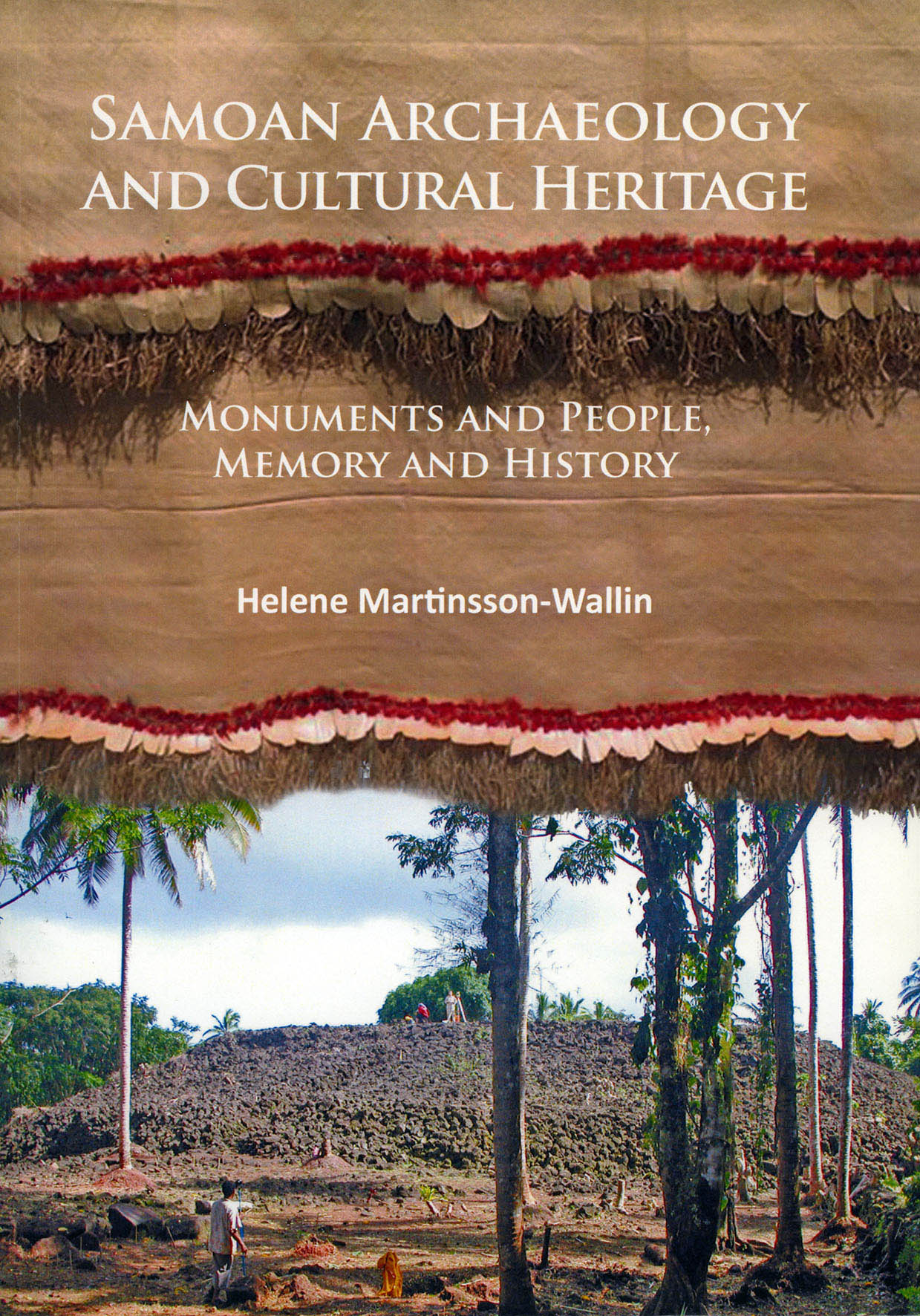