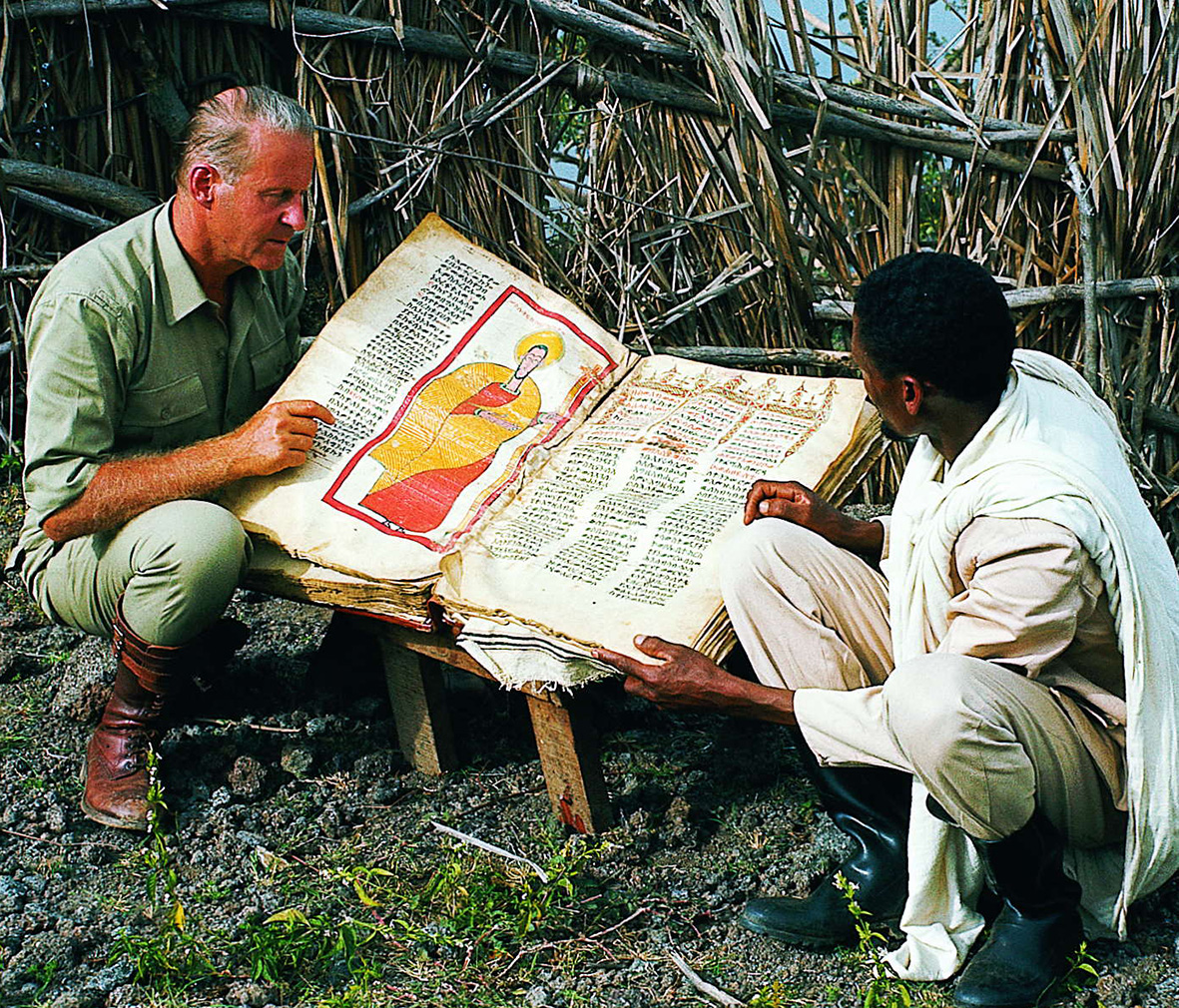 Was Thor Heyerdahl’s search for a vanished people of megalith builders, with light skin and red hair a racist theory? From time to time writers and researchers make this claim. Most are well-argued, but some contains many errors and personal interpretations.

The most recent work is Thor Heyerdahl and the Search for Atlantis (2019), published in Norwegian. Last year Eirik Stokke and Reidar Solsvik reviewed the most problematic arguments put forward in the book. This review contains new information on a key event in Heyerdahl’s life, and comments many of the general accusations leveled against his research. We, therefore, make it available here in an English translation, despite the fact that the book itself is only available in Norwegian.

In recent years, critical readings of Thor Heyerdahl’s works claim his theories themselves uses terminology and models of explanation that is racist. It is particularly Heyerdahl’s theory on the settlement of Polynesia, most comprehensively described in American Indians in the Pacific: The Theory Behind the Kon-Tiki Expedition (1952) that has attracted attention. In this book, Heyerdahl claims that the easternmost islands of Polynesia were first settled by a white race of megalith builders, or ‘culture bearers’, whom he traced to America, and potentially through Meso-America, back to Africa.

Graham E.L. Holton’s paper, Heyerdahl’s Kon Tiki Theory and the Denial of the Indigenous Past (2004), is often credited as the first in recent times to make these accusations. However, as Holton himself points out, allegations of an inherent racism in Heyerdahl’s theories can be traced back to the 1950s. More recently, the matter has been addressed by Victor Melander, in his 2019 paper David’s Weapon of Mass Destruction: The Reception of Thor Heyerdahl’s ‘Kon-Tiki Theory’.

Why has this argument not framed the discussion of Thor Heyerdahl’s work and theories until now? The answer can be summed up in four points:

However, more importantly, Thor Heyerdahl never portrayed himself as a racist. On the contrary, he held a personal conviction that all races are equally valuable. This belief was at the very heart of why he studied cultural history. His work originated and reflected his view of humanity.

In 1936-37, Thor Heyerdahl and his first wife, Liv, spent a year on the island of Fatu Hiva in the Marquesas. On their way home to Norway, the couple visited the German race ideologist Hans F. K. Günther in Berlin. Günther’s wife was a friend of Liv’s mother and the young couple wanted an insider’s help to sell their collection of zoological specimens and ethnological and archaeological artefacts. This collection was supposed to tie them over financially until Heyerdahl’s travelogue, which he was about to write, would be published.

This meeting has stirred the interest of various biographers and researchers, who, perhaps, anticipate a connection between Heyerdahl’s white race of culture bearers and his connection to a Nazi raciologist. However, this one-time visit is the only contact between the two on record. And, here, one would hope that the matter could be put to rest, but unfortunately this seems not to be the case.

In the autumn of 2019, a young Norwegian historian, Per Ivar Hjeldsbakken Engevold, published a study of Thor Heyerdahl’s work and theories entitled Thor Heyerdahl and the Search for Atlantis. The book purports to be an in-depth study of Heyerdahl’s theoretical framework. It claims that all his various theories of cultural connection and migrations are connected in a hyperdiffusionist’s search for a white master race. This theory is supposedly inspired by Hans F. K. Günther.

The book is riddled with the writer’s personal assumptions and is affected by inadequate research. Some events in Thor Heyerdahl’s life, like his contact with Hans F. K. Günther, is particularly affected by this, leading the author to interpretations that goes far beyond current evidence. In an ensuing debate, Eirik Stokke and Reidar Solsvik, wrote a lengthy review of the book which was made public by the Kon-Tiki Museum. Since this paper corrects some basic facts relating to Thor Heyerdahl’s connection with Hans F. K. Günther, and details some of the evidence found in Heyerdahl’s writings, pointing to him not holding a racist view of cultural development and prehistoric migrations, we make this paper available in a translated and slightly rewritten version: White Gods, White Researchers, White Lies, by Eirik Stokke and Reidar Solsvik (2019).

Good research on the subject

Engevold did not do proper research on the subject he purportedly scrutinized. Except for suspicion of plagiarism, which made headlines in some Norwegian news media, this is the reviewers’ main problem with the book.

Axel Andersson, A Hero for the Atomic Age: Thor Heyerdahl and the Kon-Tiki Expedition (2010, 2nd revised edition 2018). This book is an in-depth study of how Heyerdahl’s most famous expedition became one of the founding myths of the post-war world. Andersson also critically examines Thor Heyerdahl’s theory on the settlement of Polynesia, including what he believes to be problematic aspects of it. 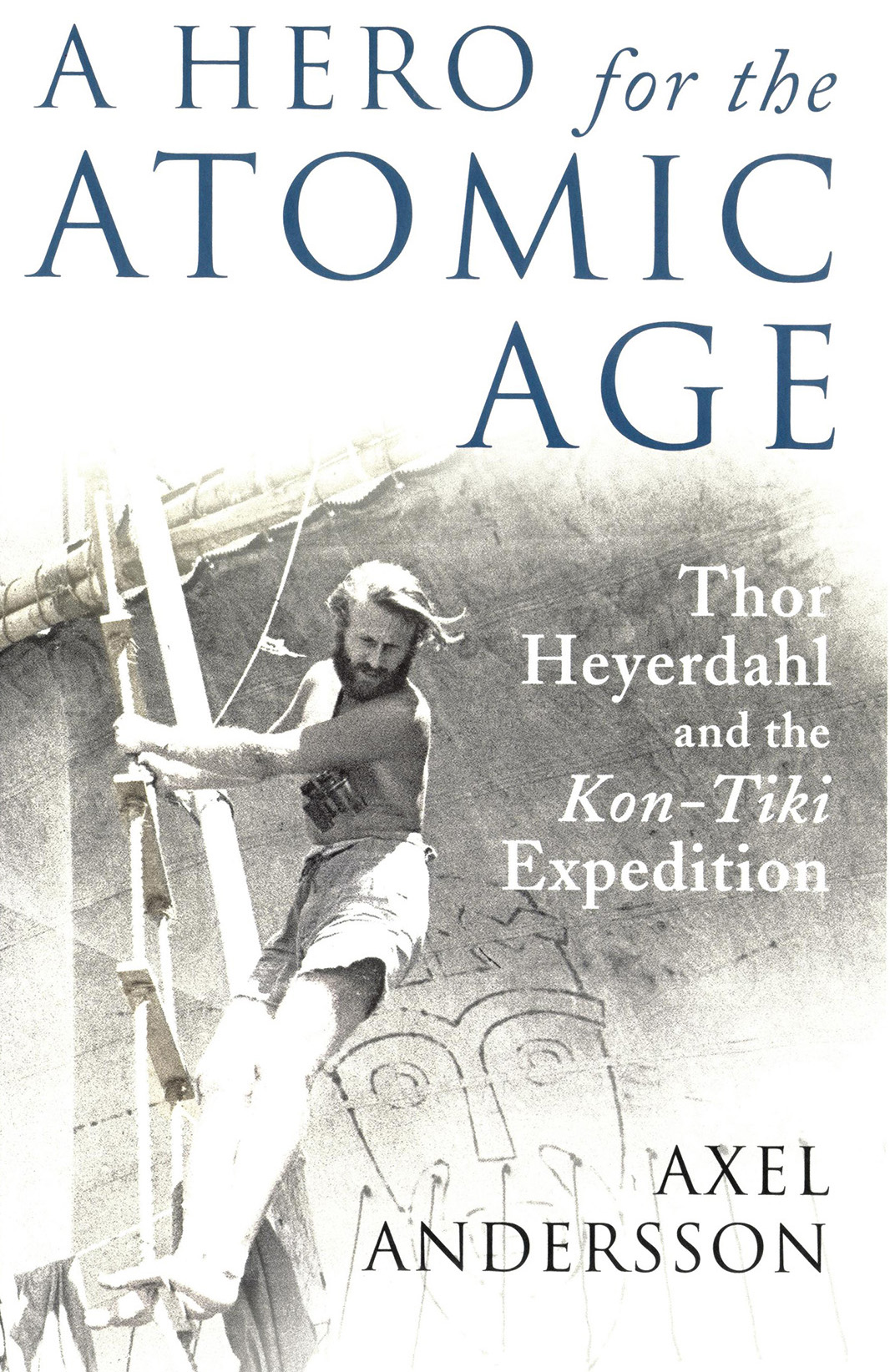 Victor Melander represents the most recent research on the subject. He has for the past few years critically examined the origin and subsequent development of Thor Heyerdahl’s theory on the settlement of Polynesia, and is currently finishing his Ph.D. on the subject at the Australian National University.

Is there racism in Thor Heyerdahl’s theories?

Could you find racism in Thor Heyerdahl’s theories? No, you cannot, but as any complex question it can be qualified and discussed. The main point is that it depends on how you define racism. If racism is defined as a personal conviction that some races are better than others, then there is absolutely no racism in Thor Heyerdahl’s writings. If you define racism as an impersonal structure, evidenced by which words are used or whether or not a model of explanation is used, that may have originated one or two generations prior, without any qualifications – well, in that case you may find traces of racism in his writings. However, for every pharagraph you find that could be interpreted as racist, you will also find a paragraph demonstrating that Thor Heyerdahl did not view ‘black’ or ‘primitive’ as inferior in any way.

The famous writer Shelby Foot, author of perhaps the most popular book on the American Civil War, once said the following about the writing of history:

And that’s the way I think history should be written. As if you were living in that time. It’s totally unfair to look at it from a hundred-and-fifty odd years later and pass judgement on what those people did without knowing what their values were and what the laws were even. It’s what causes an awful lot of misunderstandings trying to apply a different set of standards to a different, a different nation really.

This is to the point. Past societies were different, and they will never fit if we try to interpret them with our standards. 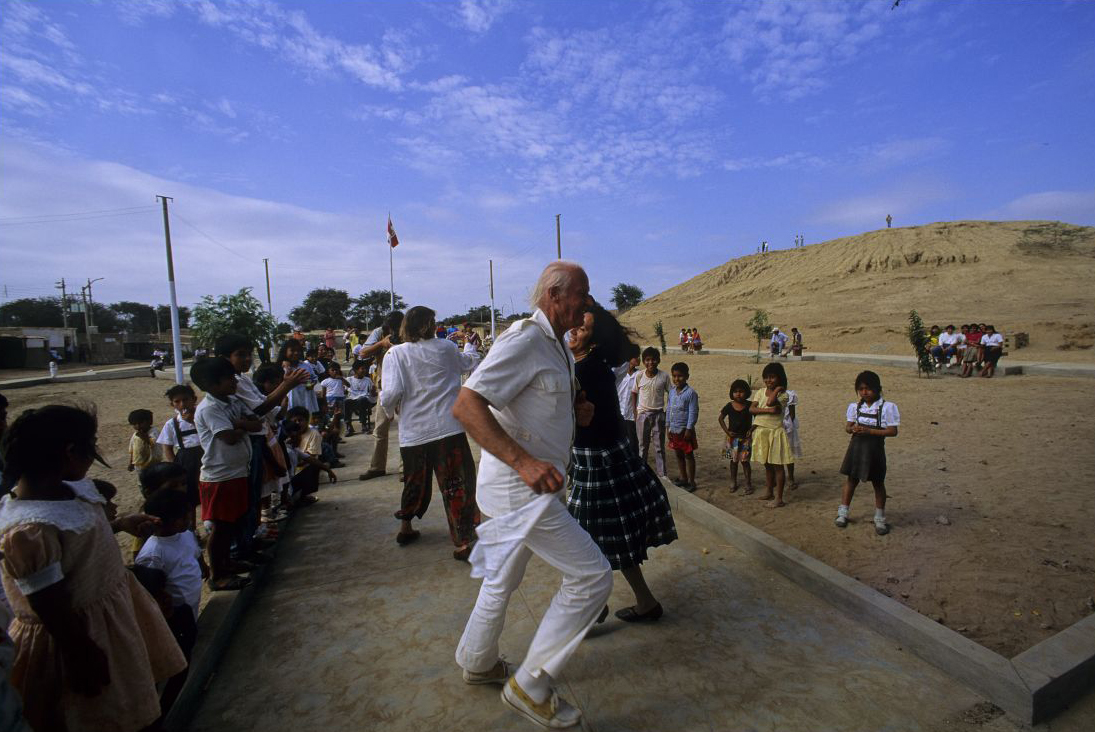