Did you know of these four daring ocean-crossing voyages before the Kon-Tiki? 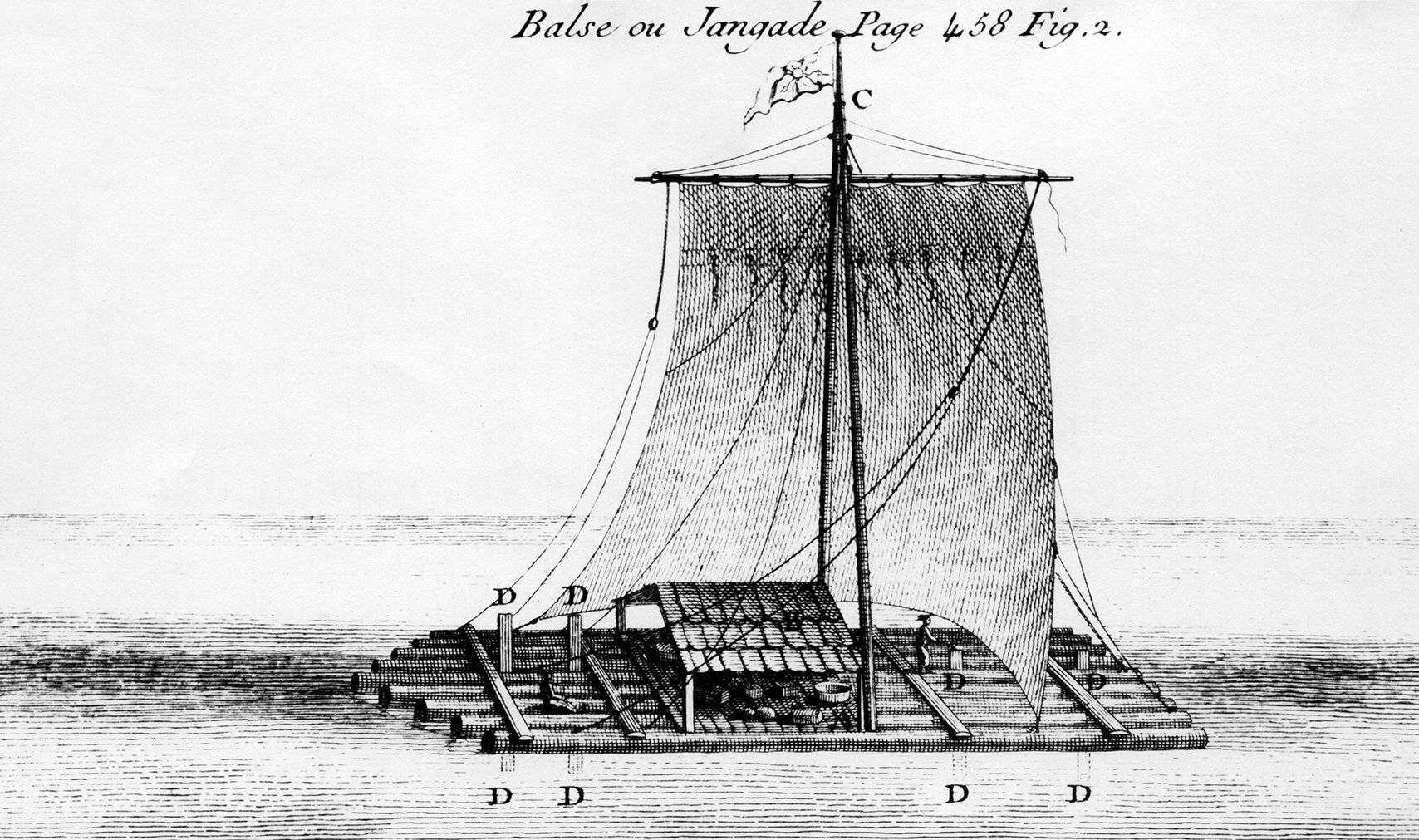 The Kon-Tiki voyage was hailed as the greatest maritime adventure of our time. But was Thor Heyerdahl the first to experiment with replicas of ancient crafts? Or, was he equally inspired by others’ adventurous voyages? 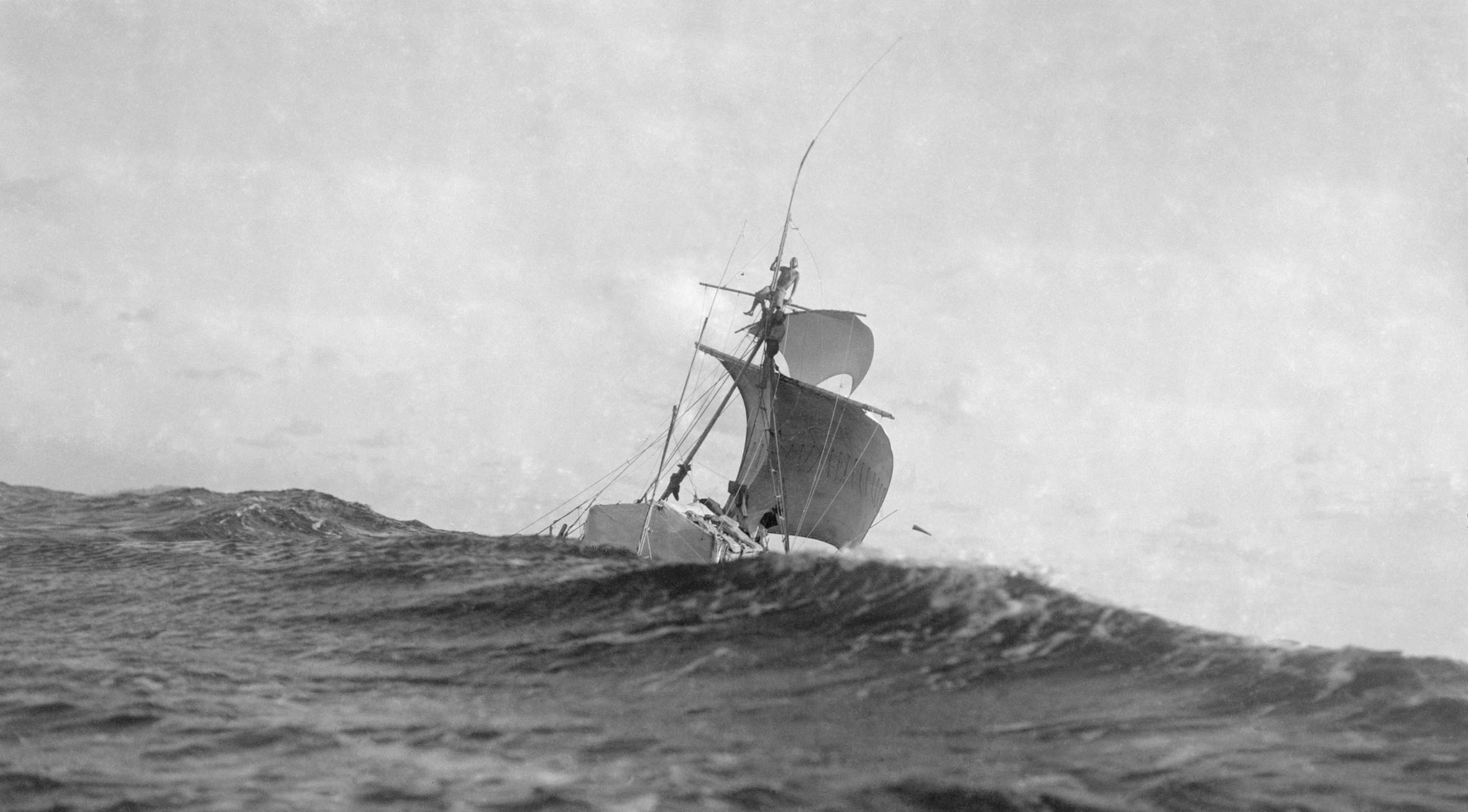 The Kon-Tiki voyage was hailed as the greatest maritime adventure of our time. The small raft, built of balsa-wood logs and ropes, sailed a full 8,000 km from Peru to Raroia in French Polynesia, with five Norwegians and one Swedish as crew. Their aim was to prove that primitive balsa-wood rafts could cross the Pacific Ocean. Despite the prediction that the logs would function as a sponge, draw water, and sink after only 2 weeks at sea.

On Thursday, August 7, after a 101-days-voyage, the ecstatic crew found their own private coral island. The Kon-Tiki Expedition. By Raft Across the South Seas (1950) became an international bestseller and the movie won Oscar for best documentary feature in 1951. No wonder many got inspired to undertake their own voyages in the wake of the Kon-Tiki. To date, 17 balsa rafts have emerged from the American continent and sailed out into the Pacific Ocean. All of them made it safely to the other side.

But was Thor Heyerdahl the first to experiment with replicas of ancient crafts? Or, was he equally inspired by others’ adventurous voyages? The Kon-Tiki expedition was unique in its dedicated intention to investigate the seaworthiness of a vessel most people thought would sink within two weeks as part of an anthropological theory of ancient migrations. However, throughout history, daring ocean-crossing have been accomplished. We would like to tell you about four of these expeditions which may have inspired Thor Heyerdahl.

At a ship-yard in Sandefjord, next-door neighboring town to Larvik where Thor Heyerdahl was born, hectic activity  was going on in the early summer of 1893. They were completing a copy of Gokstad, the first Norwegian Viking ship, unearthed in the area thirteen years earlier. The ship was named Viking. It sailed from Oslo, up the Norwegian coast, before it cross over to the US mainland. After an adventurous voyage, during which the large open ship had been lifted clear off the waves, the crew arrived safely in Chicago. Their goal was the World Expo in honor of Christopher Columbus. The voyage was an attempt by a proud people to show the world that America had received European visitors long before Columbus. 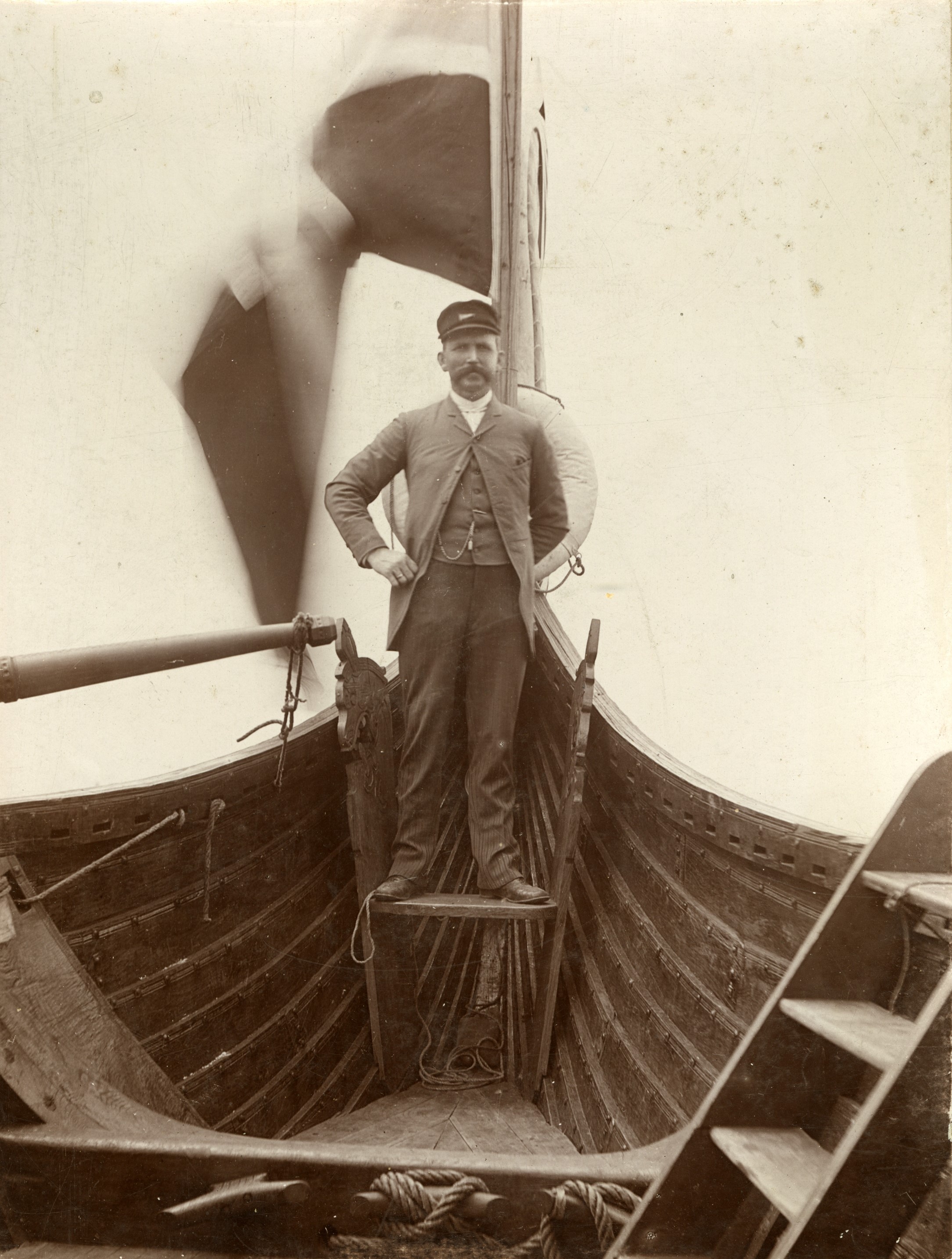 Captain Magnus Anders in the stern of Viking. 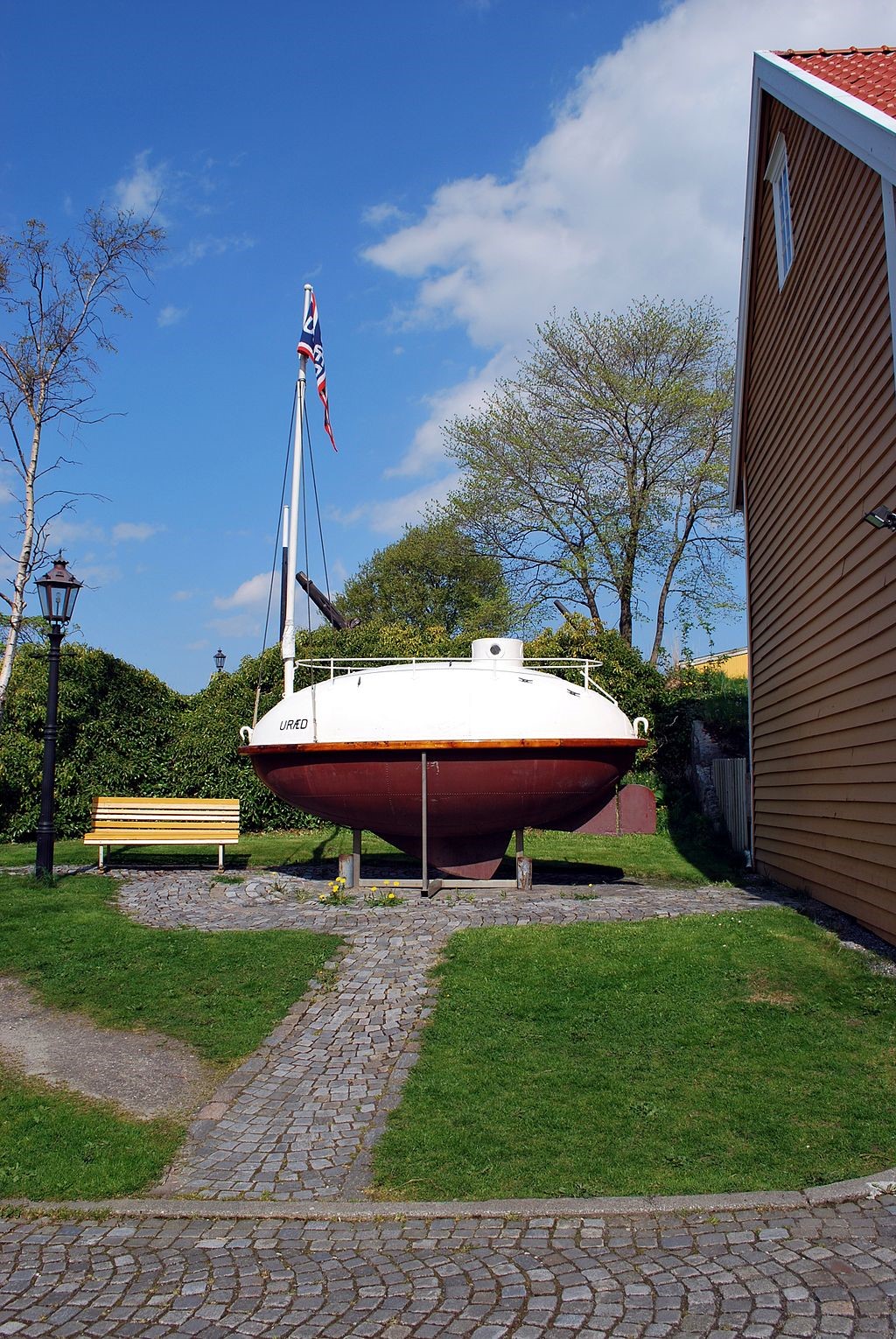 The Egg was the nickname of a hypermodern, safe, and almost indestructible lifeboat, designed by Ole Martin Brude from Ålesund on the northwest coast of Norway in 1904. The small, egg-shaped, boat was constructed of large galvanized steel plates and completely enclosed. It looked like a miniaturized version of a bulky U-boat, but with keel and mast.

In order to market the concept, Brude in 1904 sat sail in his futuristic-looking craft from Ålesund, across the Atlantic, to Newfoundland. The goal was the World Fair in St. Louis, Missouri, but the boat was thrown up on land before reaching Boston and the voyage was interrupted. Although the lifeboat worked excellently, it never became a success and was never put into production. 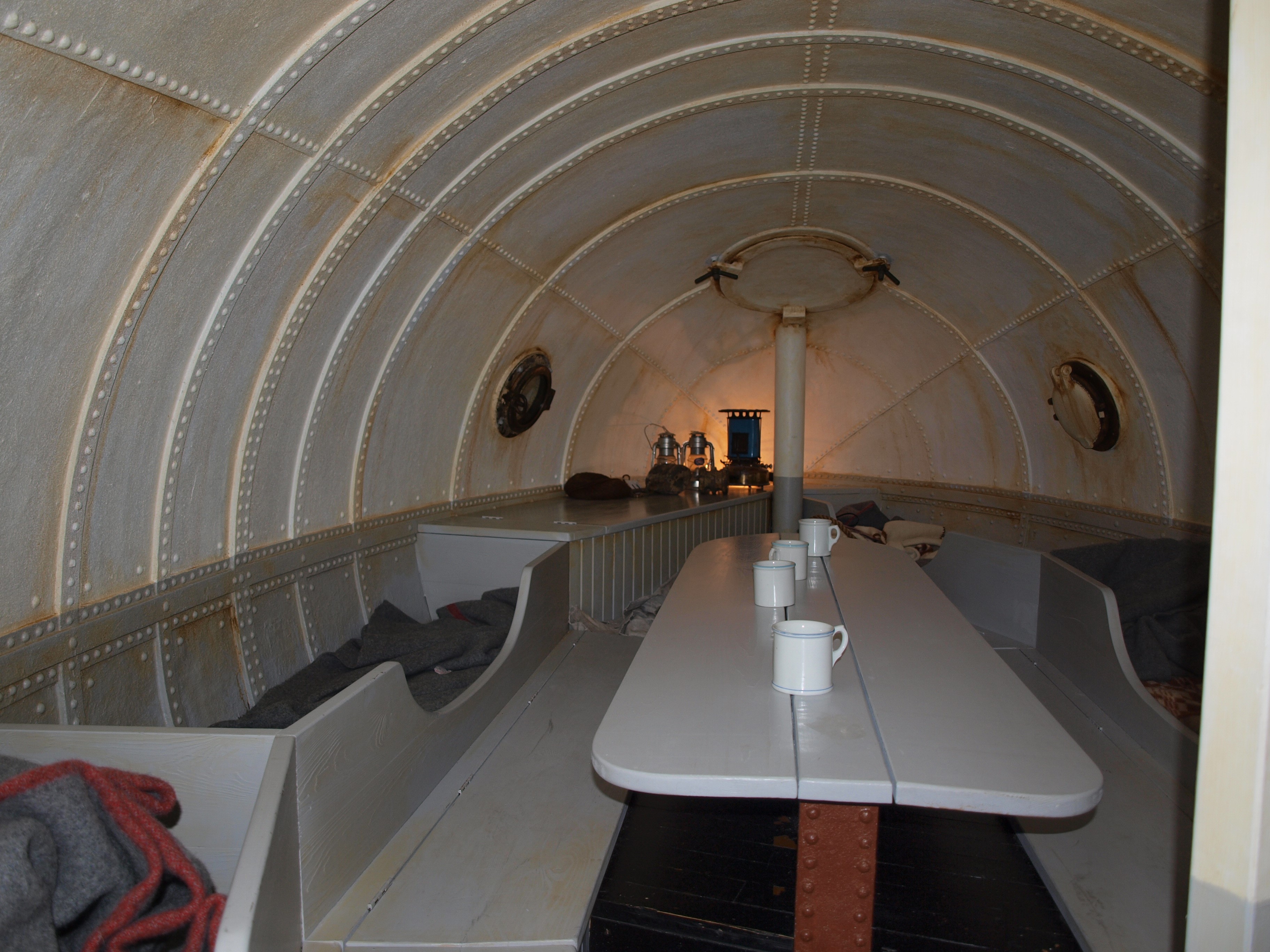 On July 25th, 1867, three Americans docked in Southampton, England, onboard a marvelous raft. They were the first to sail a rubber raft across the Atlantic. The ship was christened Non Pareil or No Comparison and had sailed from New York only 43 days previous. 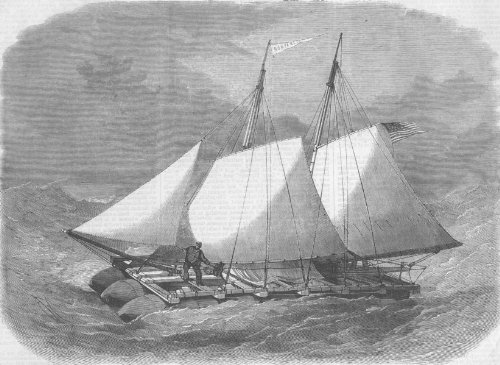 The small raft was composed of three cigar-shaped rubber cylinders, 7 meters long. The pontoons were lashed on to a wooden deck only 6.4 m long and 4 m wide. The cabin was made of a tent, much like on a Viking ship, where two could sleep while the third member of the crew was on duty. Non Pareil had two masts and a bow spit. The crew brought with them a bellow to replenish air in the pontoons and fresh water in two barrels. Besides a 14-day storm, nothing happened on the voyage worth mentioning, according to the three adventurers.

The fourth expedition that may have inspired Thor Heyerdahl was named Tilikum. It was a great war canoe that John Voss in 1901 bought used from an indigenous tribe on the northwest coast of Canada. Voss equipped it with modern sail and a cabin. In this canoe, John Voss and the crew first sailed across the Pacific Ocean to Australia. There, they rounded the north coast of Australia, sailing along the south coast of the Indonesian islands, into the Indian Ocean, before crossing the Indian Ocean to Durban in South Africa. In 1904, they reached London, where Voss was elected as a member of the Royal Geographical Society. 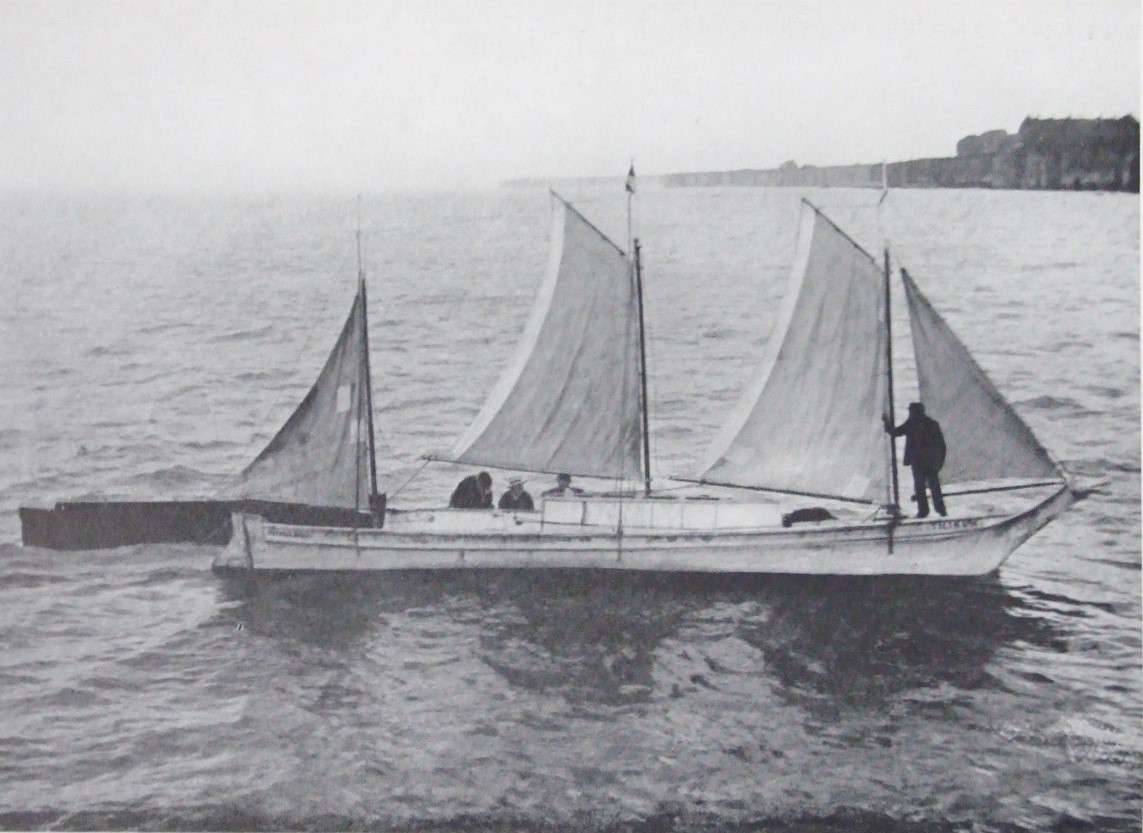 Which of these expeditions was Thor Heyerdahl inspired by when he completed the Kon-Tiki expedition in 1947? It is likely that he had heard of the journey with Viking in 1893, but hardly the journeys with The Egg nor Non Pareil. Perhaps was he gripped by the adventurous force of Captain Magnus Andersen from his home town of Larvik, but in any case, he didn’t tell anyone about it. 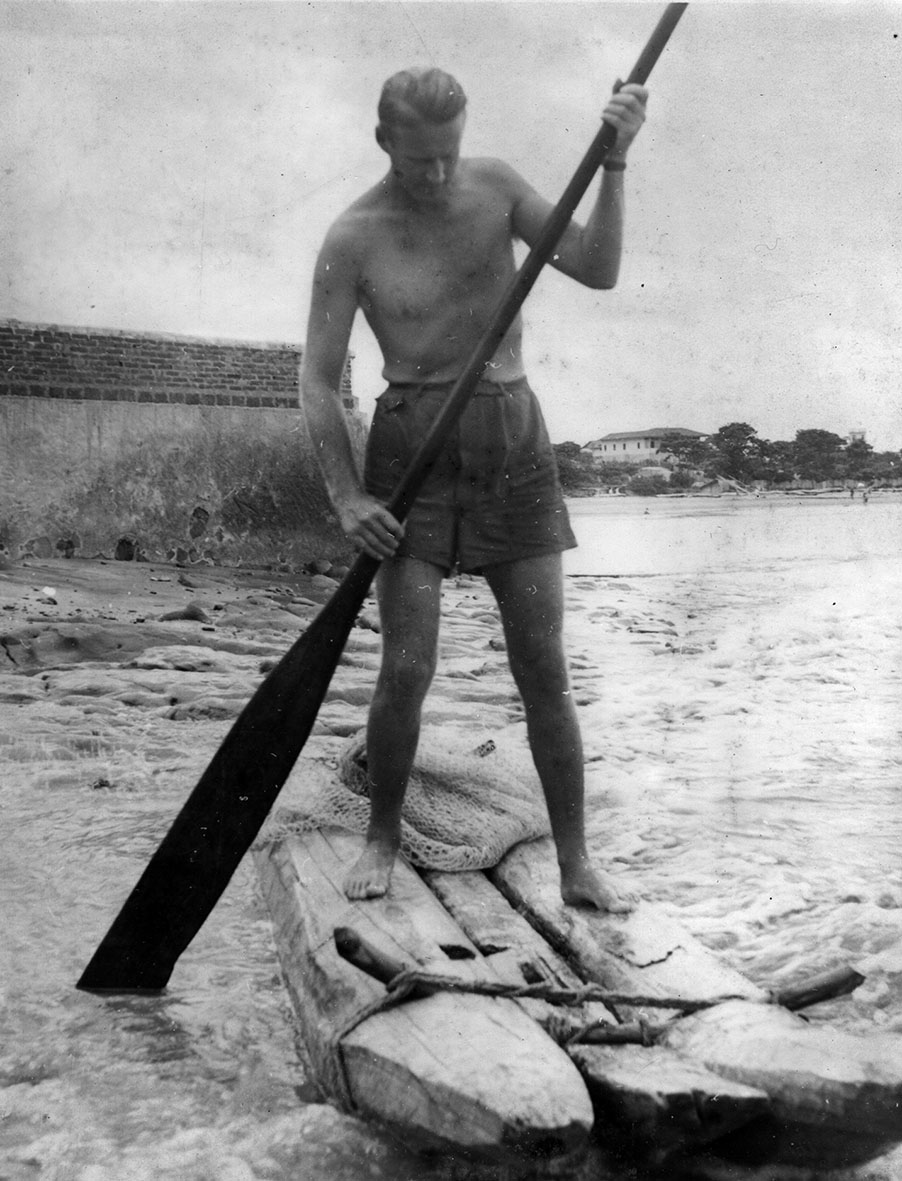 Thor Heyerdahl learned of the voyage of Tilikum while he sojourned in Bella Coola, on the northwest coast of Canada, during the winter of 1939-40.

Both Viking and Tilikum represented for Heyerdahl the time of historic sailing ships. Although such voyages very well could be an adventure, they were commonplace during the era. Also, the seaworthiness and sailing qualities of these boats were well known prior to Andersen and Voss hoisting sail.

Kon-Tiki was another type of adventure, in which no one believed that these rafts would float for more than 14 days and that they could not sail on the open ocean. Heyerdahl’s crew were testing the characteristics of a maritime craft unknown to, at least, European seafarers.

Thor Heyerdahl believed that the ancient culture-hero of the Andes, Con-Tiki Viracocha, had sailed the same route almost 1500 years ago. This was why he believed so strongly that the balsa-wood raft must be seaworthy. His was motivated by a legend.